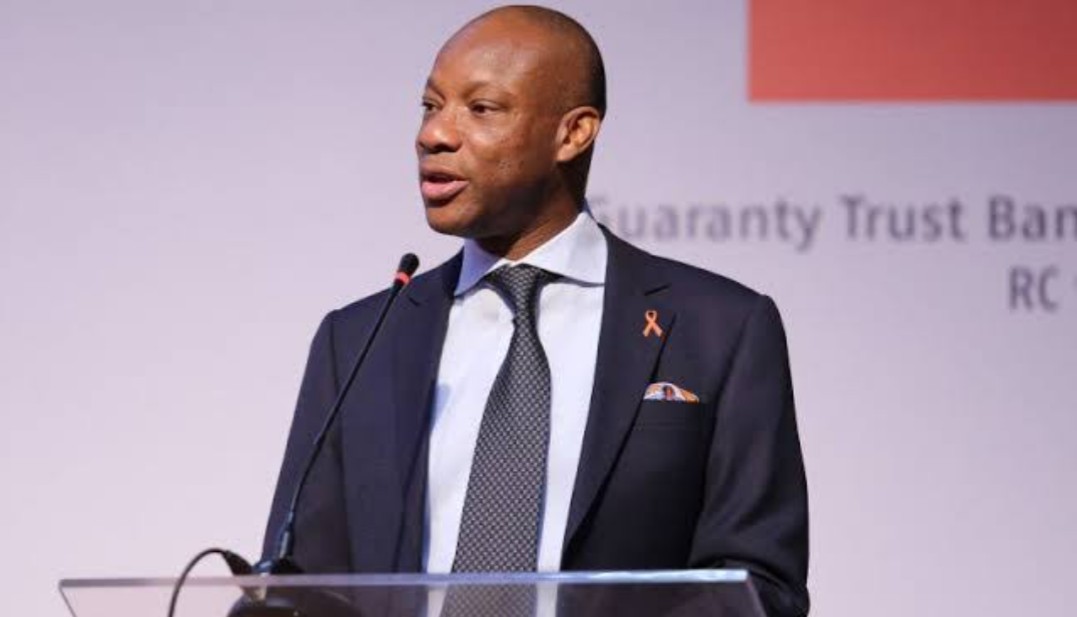 This was disclosed by the Chief Executive Officer of the Guaranty Trust Holding Company Plc, Mr Segun Agbaje at GTCO’s investor conference held virtually, according to Bloomberg.

According to Agbaje, a deal as such would require syndication of up to $1.8 billion, and raising that kind of funding locally at the moment can be very tough.

Shell’s ambition to turn itself into a clean energy behemoth and progressively wind down its oil and gas sector to reach net-zero carbon emissions by 2050 has exacerbated the problem in the last year.

Shell announced in May that it would abandon its onshore oil operations in Nigeria because they no longer fit with the company’s strategic goals.G

GTCO’s Chief Executive Officer, CEO, Guaranty Trust Holding Company Plc, Mr Segun Agbaje said, “Such a deal would require syndication of up to $1.8 billion and it can be very tough to raise this kind of funding locally at the moment.

“When I look at the books of Nigerian banks today, I don’t see a lot of dollar liquidity. It is becoming a very difficult deal for people to pull off.”

Nigerian banks have seen their capacity to embark on such transactions decrease significantly since they syndicated $3.3 billion in debt to Dangote Industries for a refinery and petrochemical complex in 2013 and recently financed Heirs Holding’s $1.1 billion acquisition of OML 17.

According to Agbaje, Dollar inflows into Nigeria were slowed by a drop in crude prices and an economic downturn brought on by the COVID-19 pandemic, putting pressure on reserves.

GTCO is seeking a license from the Central Bank of Nigeria to establish a payment firm in order to mitigate issues in its primary activities.

Agbaje said the company was waiting for regulatory permission on an acquisition that would allow it to run pension and asset management companies.

“Our desire in the medium to long term is that the three new businesses will contribute about 30 per cent of group profit,” he said.

After interest earnings from loans and investment securities fell 22% to N116.9 billion in the first half, the company’s net income fell 16% to N78.1 billion (US$189.8 million).