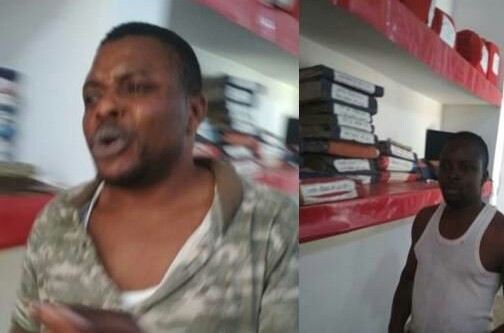 Two Nigerian men have been arrested on allegedly attempting to rape a Nigerian woman. The woman has alleged that the accused barged into her house around 3am on Monday and tried to rape her. They fled when she raised the alarm. Later, she filed a complaint at the local police station. “The woman reached the police station on Monday morning. She explained that she was alone in the house and her husband was elsewhere when the accused barged into the house and attempted to rape her. She said she knew the two accused, as they stayed in the same locality,” said Ajay Kumar, SHO, Kasna police station. “Based on the complaint of the Nigerian woman, we have registered a case against the two accused under sections 454 (lurking house-trespass or house-breaking in order to commit offence), 376 (rape), 511 (punishment for attempting to commit offences) and 427 (mischief causing damage to the amount of fifty rupees) of the IPC,” Kumar added.  The accused have been identified as Chinonso and his brother Emma. Both are in their twenties. They pursued BA from a private college in Greater Noida and were staying on student visas, said the police. The accused were arrested from their rented house in Kasna and sent to jail after being produced in court on Monday.  A representative from the Nigerian Embassy, Charles, told TOI that he will request the magistrate to deport the accused back to their country.