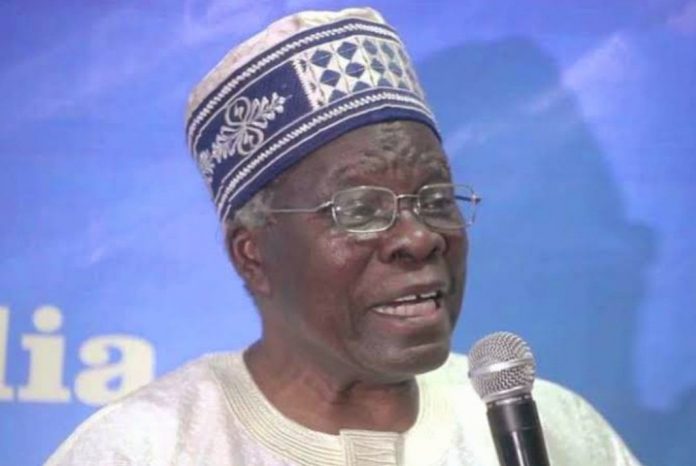 Professor Banji Akintoye says the Nigerian government as well as powerful forces in Abuja and Lagos have recruited agents to sabotage the Yoruba Nation agitation.

The Ado-Ekiti born Historian is the leader of Ilana Omo Oodua (IOO), a body of self-determination groups

A statement on Thursday by the spokesman, Maxwell Adeleye, said credible intelligence confirmed political contractors have been “paid in Dollars and Naira”.

Akintoye revealed that the plan is to discredit him and some aides for refusing to compromise the fight for secession.

He hinted of a media war and campaign of calumny by “locusts that are only destroying and building a bad history for themselves”.

Akintoye said those who towed their pacts in the past are now forgotten and only remembered by Yorubas as Judas Iscariot.

The IOO chieftain recalled how the “reactionaries” celebrated the invasion of Sunday Ighoho’s house in Ibadan.

He lamented that they don’t want Igboho to come out of “the prison” the Nigerian government is holding him in the Republic of Benin.

The only offence of Sunday Igboho, Akintoye added, is that he has become the face of Yoruba Nation struggle.

“They grumble that they have been in the struggle for years and someone who just joined is now a celebrated hero.

“I appealed to them to see this as a sacrifice and a battle for our children but they refused to listen.

“The last straw that broke their camel’s back was when they refused to release the organization’s fund in their possession when we wanted to pay Ighoho’s lawyers in Benin.

“We were held to ransom. I had to impose disciplinary measures in the overall interest of our people which got them angry.

“They are now coming out openly to blackmail me in order to please their pay masters in Abuja and Lagos”, the statement added.