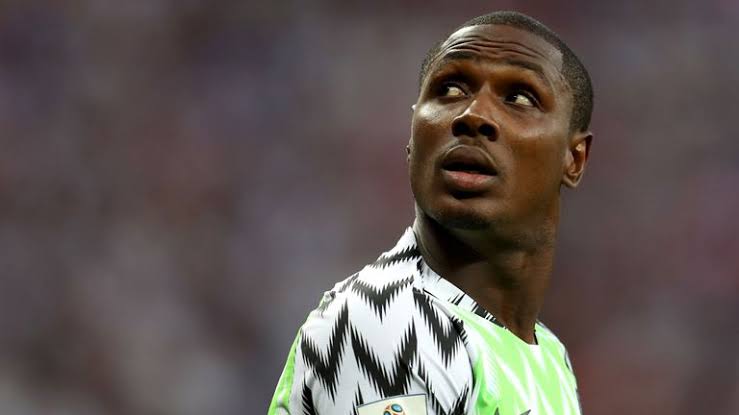 The 29-year-old left  Watford in 2017 after scoring 36 goals in 90 Premier League games and moving to Changchun Yatai in China.

Ighalo finished the 2018 season as the Chinese Super League’s second-top scorer with 21 goals for Changchun Yatai, before Barcelona started considering a loan move for him during the January transfer window.

Speaking with BBC Sport, the football star said rejecting the Catalan giants for Shanghai Shenhua was an ‘easy decision’ because he had no intention of going to the Nou Camp to warm the Barca bench.

He explained: ‘My agent spoke to me about a loan interest from Barcelona. The club wanted a striker with La Liga experience and someone who understands Spanish football.

‘It was meant to be a six-month loan and strictly as a back-up striker. It was nice to hear that Barcelona were interested and any footballer would be more than happy to take it.

‘With due respect I had just finished as the second top scorer in China with 21 goals, I deserve better and didn’t want to be a short-term player somewhere.

‘We rejected it, it was an easy decision to make and I chose to stay in China by joining Shanghai Shenhua on a longer contract.’