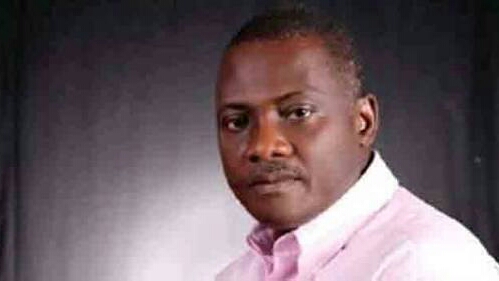 The Attorney-General of the Federation, AGF, Abubakar Malami, has said that he is yet to briefed on the facts that led to the arrest and detention of the chairman of Innoson Motors company, Innocent Chukwuma, by the Economic and Financial Crimes Commission, EFCC.

Mr. Malami stated this on Thursday while speaking with State House correspondents at the end of the meeting of the Federal Executive Council, FEC, at the Presidential Villa Abuja.

The arrest of Mr. Chukwuma has generated controversy with many saying the EFCC over-reached itself by getting involved in a commercial matter between a bank and its client.

The EFCC, however, said Mr. Chukwuma jumped bail and is being investigated for alleged forgery.
Speaking Thursday on the matter, Mr. Malami said, “In all sincerity, l wasn’t privy to facts that led to the stated arrest. I haven’t been briefed by relevant agencies.

“But one thing l know is the fact that there has been a case between him and the GTBank that is pending in court and it is being prosecuted.

“Until I am briefed by relevant arrest agencies, I am not in a clear position to make any disclosure about the arrest.”

Mr. Chukwuma, arrested on Tuesday, was granted bail on Wednesday by the EFCC.