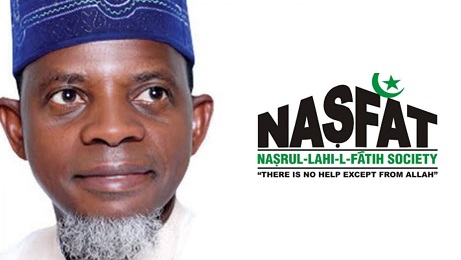 Onike also declared that the punishment for deliberate murder is hell, citing the Holy Quran.

The cleric charged the federal government to stop the senseless killings of citizens in across Nigeria.

In a statement on Monday by NASFAT Publicity Secretary, Abdul Akeem-Yusuf, Onike described the happenings in many states as unpatriotic and unjust.

The religious leader observed that attacks and reprisal attacks seemed to be becoming the norm in the country.

The missioner said Nigerians were feeling unsafe in places they reside due to volatility.

He maintained that the law gives Nigerians the right to live anywhere without fear of molestation or risk to life.

On the brutal murder of a pregnant woman and her kids, Onike called for an end to heinous acts.

”According to the scriptures, one murder is equal to killing the whole humanity.

“Whoever kills a soul unless for a soul or for corruption done in the land – it is as if he had slain mankind entirely.

“Whoever kills a believer intentionally, his punishment is Hell. God will curse him and prepare for him a painful chastisement,” he said.

The NASFAT leader added that in Islam, there was no difference between the killer and those who support or co-operate with the killer.