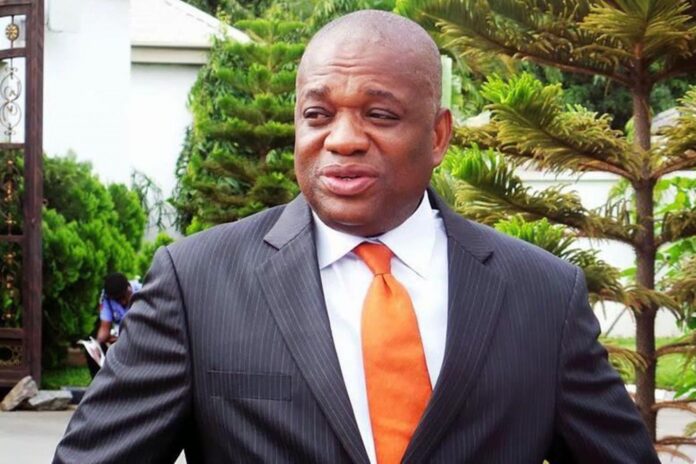 The Chief Whip of the Nigerian Senate, Senator Orji Uzor Kalu has called on Nigerians to give more priority to the unity of the country rather than the ongoing intrigues and strategies over 2023 general elections or other future polls.

Senator Kalu, who represents Abia North District in the Senate made the call on Wednesday in Abuja while fielding questions from journalists after receiving the traditional title of Kibiya (Arrow) of Argungu Emirate in Kebbi State from the Emir, Alhaji Mohammed Mera.

Responding to a question on whether he would run for presidency in 2023, the lawmaker said he prefers to return to the Senate and not contest for the position of President, but stressed that what should be of interest to all Nigerians now is unity of the country and not politics of 2023.

He said: “There must be a United Nigeria first , before talking of 2023. Solving the problems of banditry, insurgency, kidnapping etc, should be the focus of all Nigerians now and not politics of 2023 by politicians.

“All hands have to be on deck in achieving peace and unity in the country. Government alone cannot do it, Nigerians must support the concerted efforts being made by governments at all levels.

“For any politician to become President, governor, senator or whatever in 2023, there must be peace in the land first, the very reason why all politicians and particularly public office holders across political divides should come together in stemming the tide of violence and disunity in the country.”