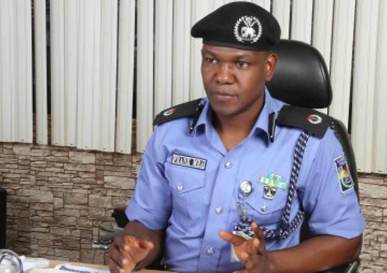 The Nigerian Police Public Relations Officer and a Deputy Commissioner of Police, Frank Mba, yesterday said there is no time limit for reporting cases of rape and other sexual assaults to the security and other appropriate agencies in the country.

Mba said irrespective of how long it takes a rape victim to report the case, the Police and the state owe him or her a responsibility to diligently investigate the complaint and bring offenders to book.

Speaking in an exclusive interview with The Guardian in Abuja, he however, added that although it doesn’t matter how long it takes before the reports are made, the sooner a victim calls the Police, the easier it is for it to collect the evidence needed to prove the charge.

He said: “But I will say without equivocation that when rape cases or other forms of abuses are reported timorously, the proximity in time between when the offence is committed and when they are reported helps the Police in managing investigation better, because the memories are fresher in the mind of the victim, the crime scene is less contaminated, it is easier to pick up traces and pieces of evidence from the crime scene and forensic investigations are easier and better handled.

“My recommendation is that victims of rape cases and other forms of sexual assault should endeavour to report their cases on time, but they must also know that there are no time bars to the investigation of rape cases.

“The offence is not statute-barred and they can decide to report their case any time they chose and the Police is duty-bound to investigate them.”

Mba explained that the Police have adopted a multifaceted approach in tackling the challenges associated with rape and other sexual offences, adding: “One of the things we have done is to create a specialised investigative and response units in almost all the Police stations and particularly at the State Criminal Investigative Department (CID) and Force CID levels. We have specialised sections called the Police Gender Units.

“We also have the Juvenile and Women Centres (JWC), which was specifically created, powered, trained and charged with the responsibility of responding to offences that touch on women and children, and rape is one of them. Rape is the focus of not just the gender unit, but also the juvenile and women centres.

“In some states of the federation, the Police have also been able to develop a functional and collaborative working relationship with the Ministry of Health and Social Welfare in those states. Our best example is Lagos State, where the state government has a dedicated unit at its teaching hospital charged with the responsibility of providing forensic support to the Police in their investigations of not just rape cases, but other sexual offences.”

Mba lamented that the Police is faced with fundamental challenges in their efforts to bring justices to rape victims and also punish and bring rape suspects and paedophiles to book, one of which is the reluctance on the part of rape victims to report rape incidence to the Police and other law enforcement agencies.

“At other times, they may make the report, but it may come very late. There is a need for us to look into some of the reasons why people are reluctant in reporting cases of rape and see how we can work together as a community and as a people to eliminate those fears.

“I think one of the reasons victims are reluctant to report cases of rape is fear of the stigmatisation that could arise from speaking out.

“We have also discovered that some of the rapists leave their victims with ongoing threats of bodily harm and blackmail.”

The Force spokesman, however, explained that the Police has created special units to provide privacy to victims during the processes of investigations and assurance that their fears and concerns would be taken care of, adding: “We are also pursuing witnesses protective programmes that could help to protect the victims and their witnesses so as to give them that assurance of safety and security.”

Mba disclosed that the Force has been carrying out massive prosecution of rape suspects across the 36 states of the federation and the Federal Capital Territory (FCT), Abuja.