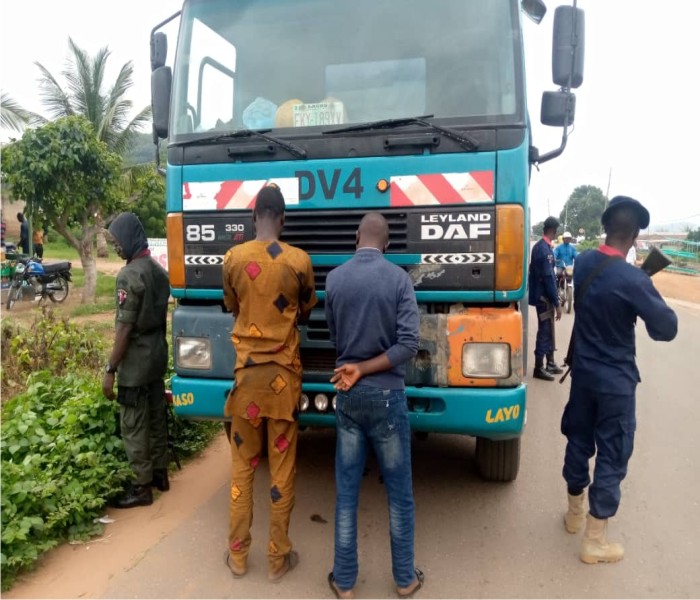 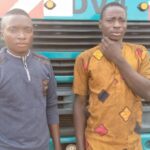 The Oyo State Command of the Nigeria Security and Civil Defence Corps (NSCDC) on Friday said that it has arrested no fewer than two people.

NSCDC commandant, Michael Adaralewa made this disclosure on Friday in Ibadan, the state capital.

He noted that the two suspects were arrested for allegedly diverting petroleum products suspected to be Premium Motor Spirit (PMS) also known as petrol.

He said that the two suspects, Akeem Adesola and Benjamin Adeniyi, were arrested with their truck, a blue Leyland DAF with registration number EKY 189 XV along Iseyin/Saki Road. 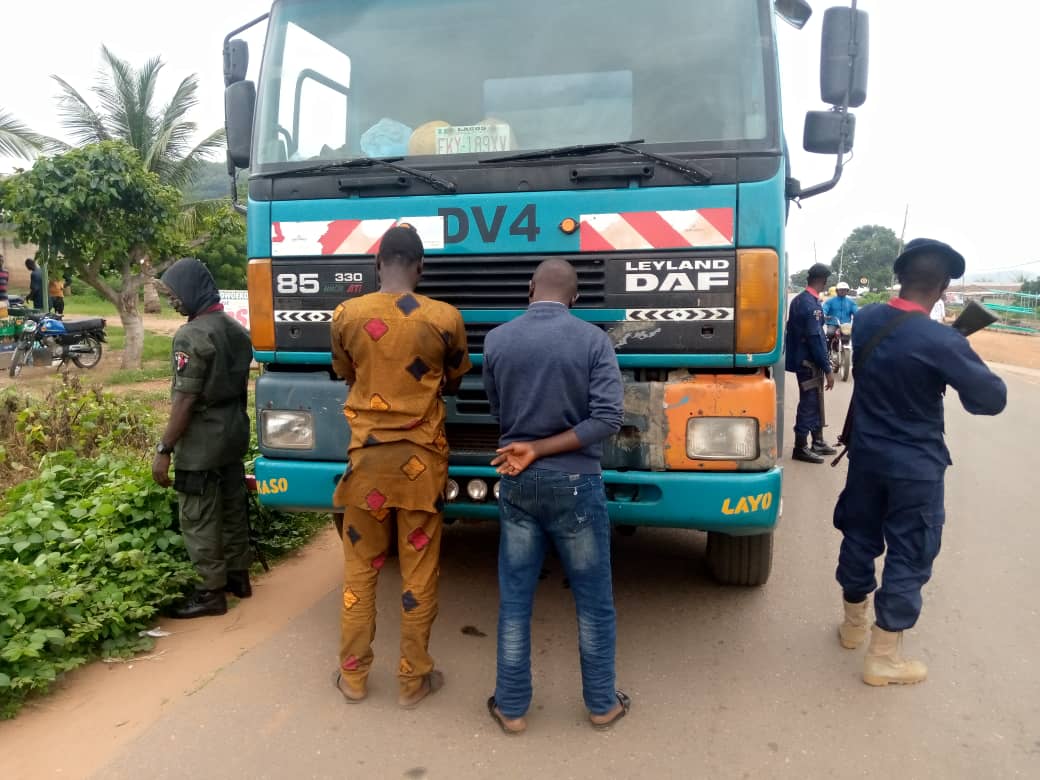 He added that the suspects were arrested on Wednesday.

Adaralewa said the command had re-strategised by improving on intense patrol of crime prone areas in the state to combat any act of criminality.

He added that after thorough Investigation is completed, the suspects would be charged to court.

He said, “The command has zero-tolerance for criminalities hence, all perpetrators are to either relocate out of Oyo State or face the wrath of the law.”