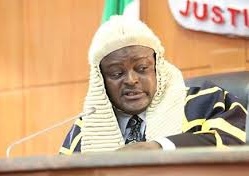 The Speaker of the Lagos State House of Assembly, Hon. Mudashiru Obasa has appealed to French government to give more support to her Nigerian counterpart in the fight against Boko Haram insurgency ravaging the Eastern part of the country.
Obasa made the appeal while playing host to the French ambassador to Nigeria, Mr. Denys Maner at the Speaker’s office, Alausa Ikeja.
The Speaker acknowledged the collaboration between Nigeria and France in terms of economy, trades and investments including security, but believe more support was needed to rout the Boko Haram insurgents.
Obasa said, “I appreciate the role you have played on Boko Haram insurgency, it is our belief that you would sustain that to be helpful in order to have lasting peace.”
While appreciating the ambassador for the visit, Obasa also sought for more collaboration between Lagos Assembly and French Parliament, saying, that would augment the legislative activities in the State.
He added that since the French Parliament had been existing for a very long time, it would be appropriate Lagos parliament learn from the older legislative House.
The French ambassador, Ganer who was accompanied by Consul General, Mr Lawrent Polonceux disclosed that the relationship between Nigeria and France had been positive.
According to him, “the relationship between Nigeria and France has been positive. We are having quite economic relations, you are one of our trading partners in Africa. We buy oil from Nigeria.”
The amalbassador reiterated that there has been partnership between the two countries in terms of security and politics, saying “when you have a common enemy, it brings us together. We have developed bilateral relationship on the fight against Boko Haram.”
Ganer who also disclosed that he had been with Nobel Prize award winner, Prof. Wole Soyinka, noted that France has special interest in Lagos State because of its strategic position in the country.
“Our major companies are here in Lagos, so Lagos is important to us. It is here that things are happening,” Ganer said.
He however promised that France is still bringing more companies to Lagos,” adding that would include energy, waste management among others.
Share
Facebook
Twitter
Pinterest
WhatsApp
Previous articleADEWALE: PDP MUST RECONCILE AGGRIEVED MEMBERS AHEAD OF 2019 | TRAIT NEWS
Next articlePRESIDENCY REITERATED ITS COMMITMENT TO MEET UP BUDGET DEADLINE | TRAIT NEWS