Oby Ezekwesili, Former Minister of Education and co-convener of the #BringBackOurGirls campaign, is one of the people shortlisted for the 2018 Nobel Peace Prize by the Peace Research Institute Oslo PRIO

Ezekwesili who is also the former Vice President of the World Bank and the Extractive Industry Transparency International (EITI), will be competing alongside other notable leaders and organization like Dr. Denis Mukwege, Nadia Murad & Tarana Burke for the World Food Programme); SOS Méditerranée, Doctors Without Borders & International Rescue Committee and Reporters Without Borders), has been vocal about the campaign including Leah Sharibu who is still held in captivity.

“Ezekwesili, former Minister of Education in Nigeria and Vice President for Africa in the World Bank and one of the founders of Transparency International, has been an international champion in the fight against corruption. Ezekwesili was also the Federal Minister of Solid Minerals and the Chairperson of the Nigeria Extractive Industries Transparency Initiative (NEITI), leading the first-ever national implementation of the global EITI standards.” 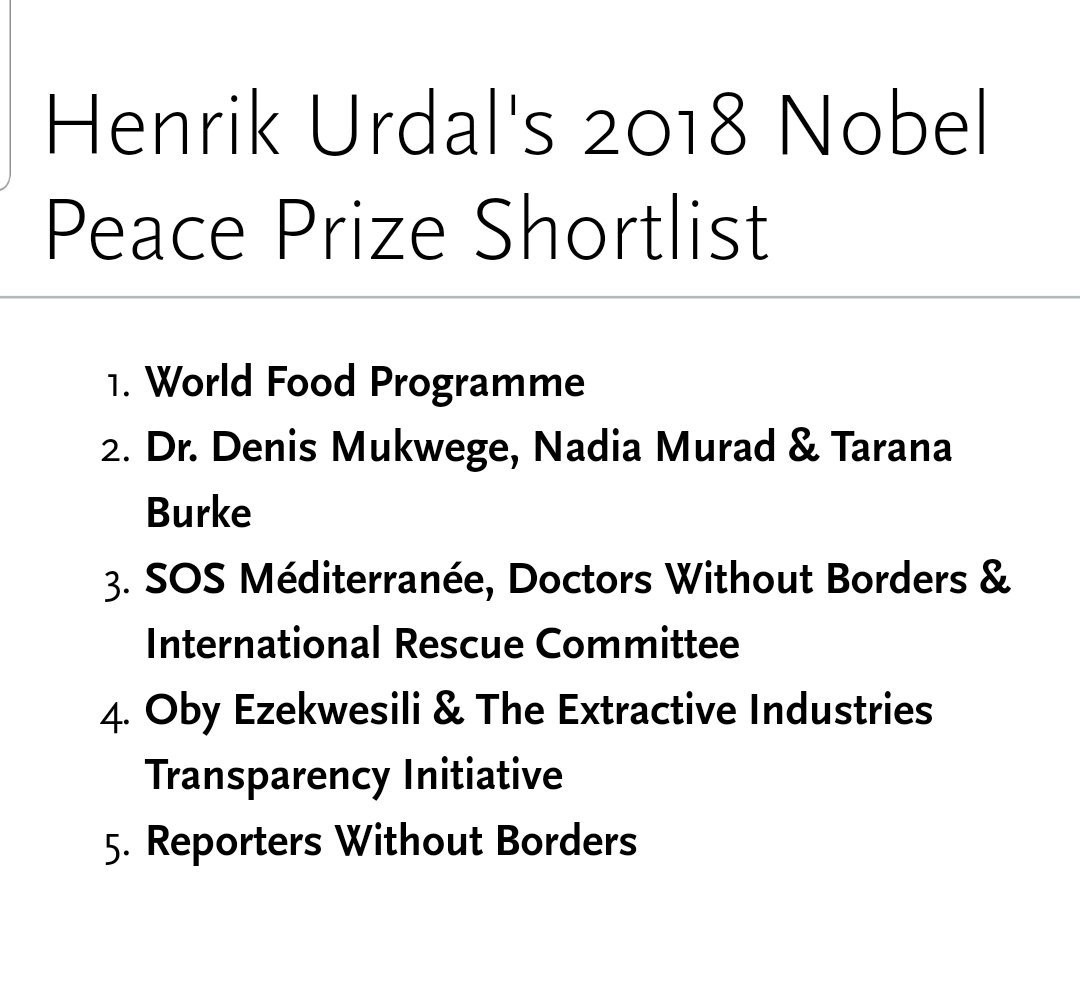