Peoples Democratic Party (PDP) governorship candidate in Ogun State in the last general election, Senator Buruji Kashamu, has said he is ready for genuine reconciliation with the aggrieved members of the party in the state.

Kashamu, in a press statement pointed that he has seen and read the various interviews and reports of Engr. Adebayo Dayo and Semiu Sodipo, the duo who were recently suspended as State Chairman and State Secretary of PDP in Ogun State.

“According to the constitution of our great Party, by virtue of being a former member of the National Assembly and National Executive Committee (NEC) of our great Party, I am automatically a member of the Ogun State Executive Committee. It is on this premise that I wish to make the following submissions on behalf of all the well-meaning leaders, elders and stakeholders of our Party in Ogun State,” he added

Kashamu, however, said It is “ludicrous” that Engr. Adebayo Dayo and Semiu Sodipo who are parading themselves as genuine members of the Ogun State PDP Executive Committee recently suspended each other at different times. While the Dayo-led State Exco suspended Sodipo on the 28th of February, 2020; Sodipo and former members of the State Exco suspended Dayo on the 29th of February, 2020. Dayo’s suspension was even ratified by the South West Zonal Committee of the Party on the 3rd of March, 2020.

Kashamu who noted that he had the mandate of all the altruistic leaders and elders of the Party to declare the readiness and availability for genuine reconciliation to reposition Ogun PDP and move it forward, said he harbours no interest in any elective office in future and had no reason to oppose the ambition of anybody.

”I have the mandate of all the altruistic leaders and elders of the Party in Ogun State to declare once again that we are willing, ready and available for genuine reconciliation that will reposition our Party and move it forward,” Kashamu said.

The Senator who represented Ogun East between June 2015 to April 2019 said, the allegations levelled against him by Dayo and Sodipo on various traditional and social media are mere rantings and the outbursts of confused minds. 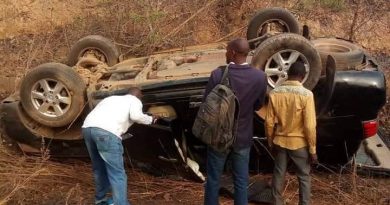 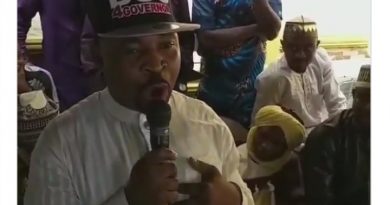