News Nigeria Politics
October 31, 2018 maypublish 0 Comments APC, Buhari, Nigeria, Politics, South East
The leadership of Ohanaeze Ndigbo Youth Council Worldwide, has asked President Muhammadu Buhari to create more state in the South-East region, adding that in return he will get the votes of the region in the 2019 Election.

The group made this known in a communiqué signed by the National President, Mazi Okechukwu Isiguzoro and the Secretary, Comrade Obinna Achionye and made available to journalists shortly after their Igbo Summit/Conference held in Abakiliki.

It reads in part: “President Buhari should appease Ndigbo by using his Executive Order 6, to create additional states for South East, as the creation of additional states will address all the structural injustice and artificial marginalization created by the military.

“If President Buhari creates another state in the South East, this may qualify him to gain support from South East in 2019. We believe that Proposed Aba state from Abia, Anioma State from Anambra/Delta, Adada state from Enugu, Etiti State from IMO/Abia/Anambra/Ebonyi will upgrade Southeast to have 6 states like other zones.

The group also expressed readiness to wade into the controversy trailing the victory of Senator Hope Uzodinma as the authentic candidate of APC in Imo and insisted that Igbo youths are solidly behind him come 2019.

“That Ohanaeze Ndigbo Youth Council Worldwide validates all the endorsements of Governor Ikpeazu, Governor Umahi,Governor Ugwuanyi and Senator Hope Uzodinma as Governors that will represent South East till 2023,We have carefully assessed with our 49 affiliated bodies,the candidates of various political parties for 2019 Governorship election in South East except Anambra,that all other candidates are eminently qualified but we cannot change a winning team in Abia, Ebonyi and Enugu and Hope Uzodinma in IMO.

“We call on Ndigbo to ignore the call of boycotting 2019 election, as it will spell doom for Ndigbo. Anybody calling Ndigbo to boycott 2019 elections is repeating the blunder of Ralph Uwazurike in 2006 where Igbos boycotted 2006 Population census, and today we are minority-Majority in Nigeria, OYC, have set up machinery to mobilize Ndigbo in 95lgs in South East ahead of voting massively for Ikpeazu, Umahi, Ugwuanyi and Senator Hope Uzodinma in 2019.

“We call on the military to put human face as they carry out the operation Python dance 3 in the South East very soon. Igbos were humiliated in the previous exercise in 2016/17. We call on Biafra agitators to suspend activities like protest and road march during this period, as an act of confrontation will lead to massive loss of lives and make South East peaceful atmosphere violent, We beg IPOB leader Nnamdi Kanu not to return to Nigeria till after 2019, because if anything happens to him, South East will boil. We believe that referendum will come naturally and our people will decide.

“Igbo youths are open to APC and PDP and other parties in the 2019 presidential election, as we expect to screen all the candidates programs and manifesto to arrive at who we will support in 2019,” they stated. 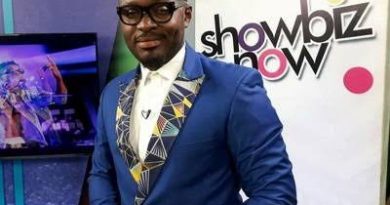