HomeTHE NATIONEXCLUSIVE: Ooni Of Ife May Unveil His New Olori Before The New...
THE NATION 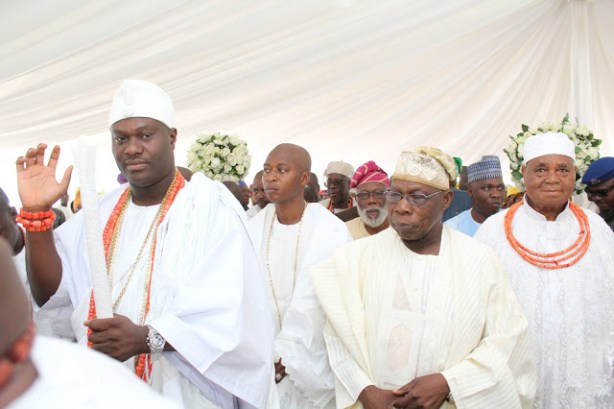 The Ooni Of Ife, His Imperial Majesty, Enitan Adeyeye Ogunwusi Ojaja 11 who broke up with his wife olori Wuraola a couple of months ago and who has remained Nigeria’s most eligible bachelor for some time now is sbout to take a new wife according to the feelers we are getting from “Ile Oodua” – and he might tie the knot even before Prince Williams and Meghan Markle say “I do”.

An informed sources close to the palace of the well-respected Monarch who just returned from the United States and who is currently in the United Kingdom without a wife has again wrapped up plans to unveil his new Olori to the world before the new year rolls in.

As there are speculations that his estranged wife Olori Wuraola has already moved on with his life for good, the Oonirisa has allegedly picked a new better half whom we gathered is of the Yoruba stock unlike Olori Wuraola – and the reason for picking a Yoruba lady this time around is not far-fetced.The three sisters of Ooni who are said to be instrumental in picking the Olori made sure they chose a lady who is well-groomed in Yoruba culture for obvious reasons. We can also reveal that the said lady is from a very respected family and has never been put in the family way before.

According to the report we gather, plans are under way to unveil the new delectable and lucky lady who will soon become the queen of Ife.

We also gathered that everything in under wraps including the name and antecedents of the lucky lady as the Ooni himself has instructed palace staff and family members of the need to shroud “this one” in utmost secrecy in order to present the lady as a pleasant surprise to the general public.We wish them goodluck!