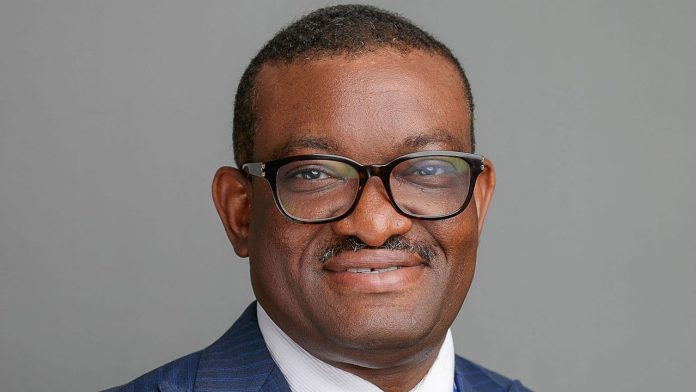 The former Managing Director of the Ogun Property and Investment Corporation (OPIC), Barrister Babajide Odusolu, has concluded plans to drag the Ogun State House of Assembly to court.

Recalls that the assembly had earlier claimed that a sum of N2.5 billion got missing when Odusolu was the MD of OPIC from 2015 to 2019.

However, Odusolu said there was no money missing under his watch, saying the members of the assembly Committee on Public Account lacked accounting knowledge, while they arrogated the job of a forensic expert to themselves.

Speaking via his legal team, led by activist and rights lawyer, Ebun-Olu Adegboruwa (SAN), on Monday, Odusolu warned the Assembly to desist from what he termed “media trial.”

For the allegations have not been proven before any court, Odusolu asked the lawmakers to respect his fundamental rights as guaranteed by the law.

Adegboruwa said, “it is clear that the primary target of OGHA in the media trial of our client while the purported investigation by its committee was still ongoing was to instigate the law enforcement agencies against him in order to secure the restraint of his liberty and his civil rights.”

To prevent this, Adegboruwa stated in clear terms that his client would seek legal redress to clear his name.

While calling on the house to conduct an independent audit on the activities and finances of OPIC between the years 2011 and 2021, the counsel maintained that the approach being adopted by the House was not in the interest of public accountability, but “a mere political vendetta” to drag his name in the mud.

He challenged the legislators to employ a formal forensic auditor to prove the allegations against him beyond any reasonable doubt, failure upon which they would be dragged before the court.

The counsel also dared the House to make public, the report of the committee and the recordings of the proceedings where Odusolu had appeared in the past to clear his name.

“Attempting to hold our client liable without any proven infractions directly attributable to him or obfuscating facts is unwarranted in the circumstances,” it was said.

The legal practitioner described it as a “clear and brazen abuse of legislative privilege,” alleging that the lawmakers had done “incalculable damage” to his client’s reputation, thereby de-marketing OPIC and Ogun in general.

Adegboruwa reechoed that the corporation is a statutory one being audited regularly by auditors recommended independently by the Auditor-General of the State.

He stressed that the accounting processes and standards were predefined, saying “any allegation of missing funds in OPIC is false.”

The Senior Advocate of Nigeria emphasised that his client would claim colossal damage in court, telling the Ogun Assembly to get ready to meet him in court.