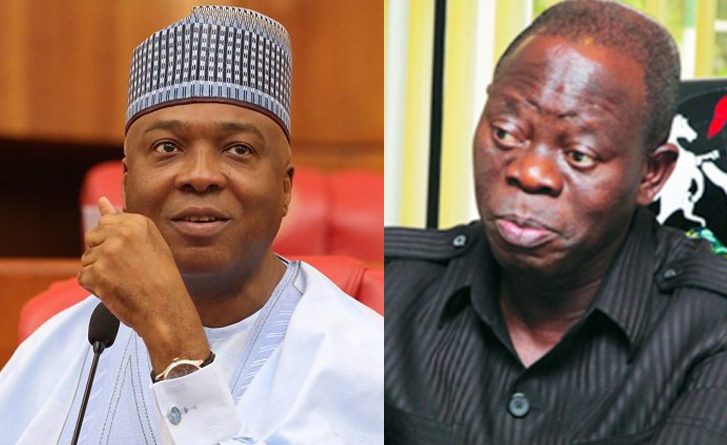 The National Chairman of the ruling All Progressives Congress (APC) Adams Oshiomole, is elated over the defeat of Senate President, Bukola Saraki, in the Kwara Central Senatorial District which held last Saturday February 23rd.

Speaking to state house correspondents yesterday February 27th, Oshiomole who has been at loggerheads with Saraki over the controversial way he emerged senate president, said Saraki’s defeat is a welcomed development, adding that residents of Kwara state have buried Saraki and his political career.

“As much as we want to be magnanimous in victory, there are a couple of things that have happened that show that the Nigerian people know how to reward those who are extremely arrogant. People who came to the Senate with less than 100,000 votes, and began to hold the country to ransom; their own people have recalled them home.

“While we were saying that we would impeach them, their people said they would rather bury them. Politically, now, they are out. It shows the power of democracy; it is a leveller; you cannot be bigger than the people.” he said