The opposition Peoples Democratic Party (PDP), has said the National Chairman of the ruling All Progressives Congress (APC), Adams Oshiomhole, should be probed and made to face the full wrath of the law after the Department of  State Service DSS, detained him for  receiving bribes during the party’s recent primaries.

Secretary, Edo State chapter of the PDP, Hon. Felix Imoisili, stated this on Wednesday in an exclusive interview gotten from DAILY POST.

Oshiomhole was reportedly grilled by the Department of State Services, DSS, operatives for nine hours after some APC governors alleged that he received bribes during the party’s primary elections across the country.

Reacting, Imoisili said Oshiomhole no longer had the immunity he enjoyed as governor, hence, was not above the law.

His words: “If somebody has committed an infraction of the law, he should be made to face the wrath of law, because the law is not a respecter of persons.

“If in the course of the APC primaries he (Oshiomhole) did certain things that at variance with what the law says; that is, the extant laws, he should be made the full wrath of the law.

“There is nobody above the law. The rule of law must be obeyed. We are not looking at his office. The position he currently occupies does not give him immunity. Nobody is bigger than the Nigerian legal system.”

Recall that the APC spokesman, Lanre Issa-Onilu, had said the party was not officially informed about the DSS detention of the national chairman of the party, hence, only Oshiomhole could either confirm or deny the report. 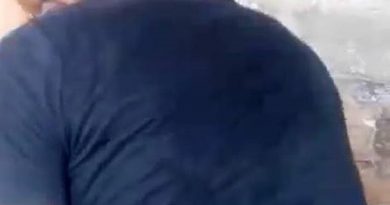 Man Behind The Torture Of A Lady Arrested