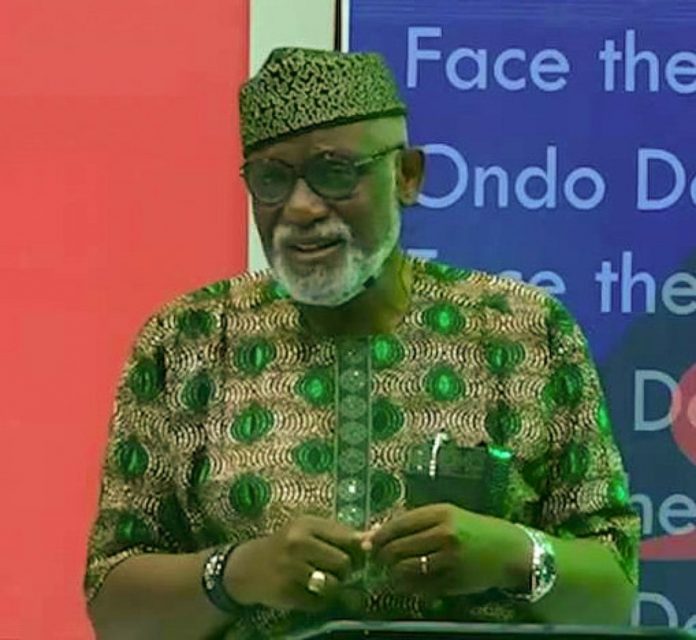 The People’s Democratic Party, PDP, in Ondo State has lashed out at Governor Oluwarotimi Akeredolu for allegedly neglecting judicial workers in the state.

While urging the governor to attend to the agitations of the judicial workers, the PDP raised the alarm that they are set to embark on another industrial action over the situation.

According to the party’s Publicity Secretary, Kennedy Peretei in a statement, despite the contributions of the judicial workers, the state government has continued to neglect their welfare.

The party also lamented that the government had subjected them to untold hardship with poor conditions of service.

“Dressing allowances have not been paid since Akeredolu entered the saddle. No official vehicles to convey lawyers to courts in discharge of their duties. No office spaces and the Library is not equipped at all,” he said.

Peretei in the statement added that the last time books were bought was under the PDP administration of late Olusegun Agagu.

Reacting, the Commissioner of Information in the state, Donald Ojogo, emphasised that PDP deserves no attention, stressing that the party was only seeking relevance.

“This Government will not descend into the arena and share in the agony of those with a desperate desire for political relevance. We can only sympathise with them in the burden they carry,” he said.