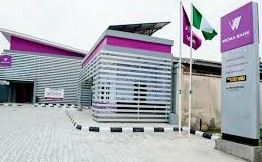 A Nigerian researcher living abroad, Peter Adebayo has accused Wema Bank of fraudulently opening an ALAT Bank account in his name without his authorisation.

Peter Adebayo told online news platform FIJ, that his mother called him on May 3 to ask if he had opened a new account with the bank, but he thought it was nothing to be worried about.

According to him, He thought the message wema bank sent to him was a mistake until he tried sending money to the said account number.

“While trying to confirm whether the account was real or not, it brought out my name,” he said.

“I immediately sent Wema Bank an email that I had never opened an account with the bank and had authorised no one to open a bank account in my name.

“Wema Bank later sent me an auto response acknowledging receipt of my mail. Fast forward to today, I checked again and the account still exists. I got mad, so I reached out to them on WhatsApp.”

After reaching out to Wema Bank on WhatsApp, the bank told Adebayo ‘that someone who had his information opened the account on his behalf’.

He stated that he was stunned on hearing what the bank told him, because that signalled to him that someone might have used his details to either receive a ransom or launder money.

account, including all the transactions that have been performed on it,” he said.

“Now, Wema Bank wants to close the account since I have been asking them questions. I already have an existing account with Wema Bank, which I opened in October. I recently travelled out of Nigeria and I cannot go to the bank to do certain things. I did not sign up for any account.”

FIJ made several calls to Wema, but they were not answered. The bank had not also responded to an email and a text message sent to them at press time.