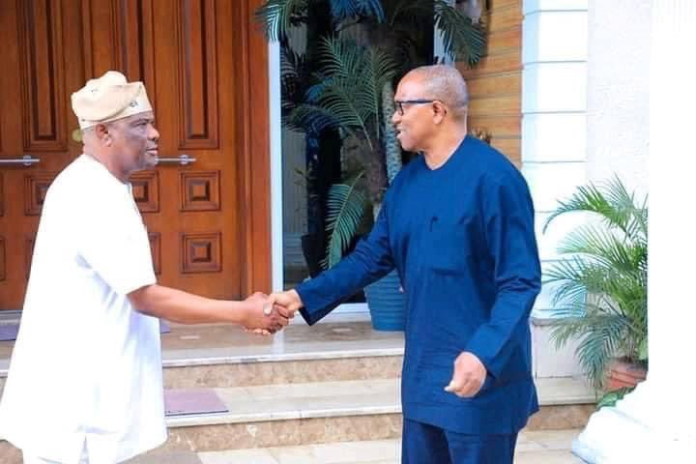 peter obi, presidential candidate of the Labour Party (LP) has given reason he paid a visit to Governor Nyesom Wike of Rivers State.

Obi visited the former presidential aspirant of the Peoples Democratic Party (PDP) at his private residence in Port Harcourt on Wednesday.

While details of the meeting remains sketchy, the former Anambra State Governor, hours later, took to his official Twitter handle to give a hint on why he met Wike.

He disclosed that he met with Wike to discuss vital national issues.

His tweet read: “Earlier, I visited Port Harcourt, to confer with H.E. @GovWike on vital issues of national interest.”

Obi’s visit came amid speculations making the rounds that the Wike, former presidential hopeful on the platform of the main opposition Peoples Democratic Party, PDP, may in a showdown, defect to the Labour Party.