HomePOLITICSPhoto: I Regained Consciousness On The Third Day After I Got Stabbed'...
POLITICSENTERTAINMENTNEWS 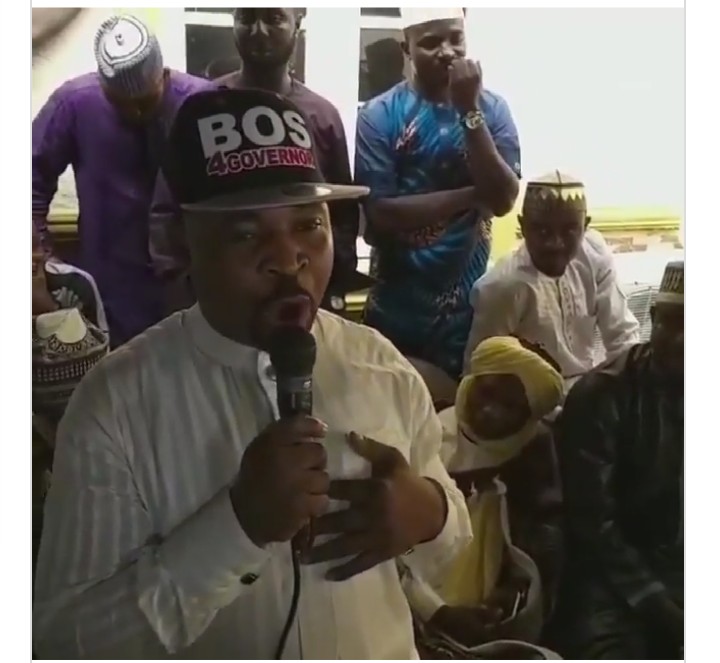 NURTW chieftain, Musiliu Akinsanya AKA MC Oluomo said what went through his mind immediately he was stabbed at the first APC rally in Lagos a few weeks back.

MC Oluomo was reportedly stabbed with a poisonous knife that almost took his life, while he was on the Babajide Sanwoolu’s campaign ground by unknown gangsters in Ikeja, Lagos.

Speaking at his survival thanksgiving at his Ejigbo residence on Thursday, January 31, 2019.

“I want to give thanks to God for saving my life, because only I, knew what hit me at that moment. Immediately it happened, I felt light and I started feeling thirsty, just like someone who had been shot and loosing blood. I knew if I had taken any liquid at that time, I would have died.

But what came to my mind was the 7-7 water I got from Mecca. I have seen and experience how Alfas make use of the Holy water and how it works. While I was being rushed to the hospital, all I could do was to request that my people try as much as possible to get me the 7-7 water. I took the water and became a bit alive after some days. Some other Islamic rites was also carried out immediately and the Imams, Pastors, and Traditionalists rose up to the occasion. .

It was the third day, that I regained consciousness and felt life within me” he narrated.