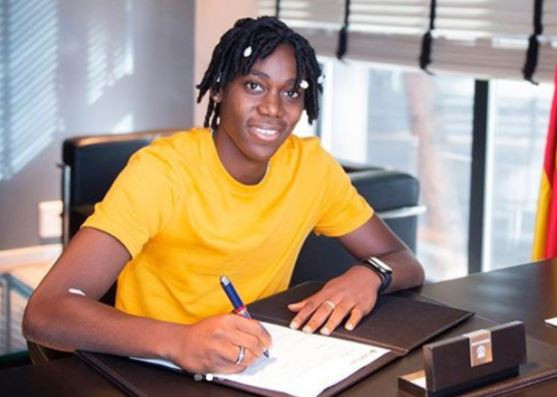 Nigerian Super Falcons striker, Asisat Oshoala, has completed a loan move to FC Barcelona from Dalian Quanjian FC for the remainder of the 2018/2019 season.

The Super Falcons star, who was part of Nigeria’s Africa Women’s Cup of Nations triumph completed her medicals and signed her contract yesterday. “This is obviously one of the best clubs in the world. The team has a great history and wonderful football mentality,”Oshoala said.

The three time CAF Women footballer of the year said she was happy to meet up and play with Vicky Losada, with whom they were teammates at Arsenal.

Oshoala joins Barcelona placed second on the Primera Division Feminina table behind Atletico Madrid. Barcelona play their next game on February 3 against Albacete.