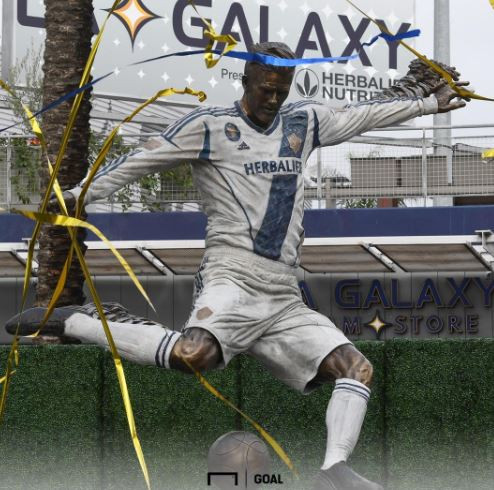 Major League Soccer kicked off a new season with 10 games and a tribute to football great David Beckham ,whose arrival in 2007 helped usher in a new era for the American league.

A statue of the former England captain was unveiled by the LA Galaxy outside its stadium in an emotional ceremony yesterday, Saturday.

“From day one when myself, Victoria, and the kids arrived in this city we felt at home and for that we will be forever grateful. This city has always felt like home for me. My wife, my kids, my parents, and my friends, I couldn’t have had the career I had without the support from you guys” said Beckham.

Beckham made headlines around the world when he moved to the United States in 2007 after an illustrious career at Manchester United and Real Madrid. His Galaxy deal was widely reported to be for US$250 million over five years, but in reality the $250 million figure was his potential earnings from salary, endorsements and club revenue. His base salary was $6.5 million a year but he was promised a percentage of Galaxy revenues.

Beckham played for the Galaxy until 2012, taking league titles in his final two campaigns, during a career that also featured a stop with England’s national team.