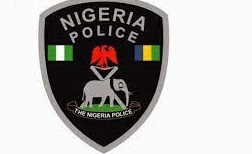 The Police Command in Lagos State says it has arrested a 39-year-old robbery suspect and recovered a gun from him in the Lekki Free Trade Zone of the state.

In a statement on Friday, by the command’s spokesperson, SP Benjamin Hundeyin, confirmed that the suspect (names withheld) was arrested on Sept.15 at about 06:30 p.m. following a tip-off.

“The police received information that some hoodlums vandalise cables and steal iron rods at the construction site of Dangote Refinery, using a canoe to convey the cables to Epe and its environs.

“Officers from the command mobilised to Emun Village, behind Lekki Free Trade Zone, and on sighting the police, the hoodlums fled in different directions,” he said.

Hundeyin said the officers arrested the suspect, who resides in the Nuforija area of Epe.

He said a locally-made single barrel gun, one live cartridge, a mercury flying boat engine, and the sum of N48,500 were recovered from the suspect.

According to him, a preliminary investigation is ongoing aimed at arresting the other fleeing suspects.

Hundeyin said that the suspect would soon be transferred to the state command headquarters.