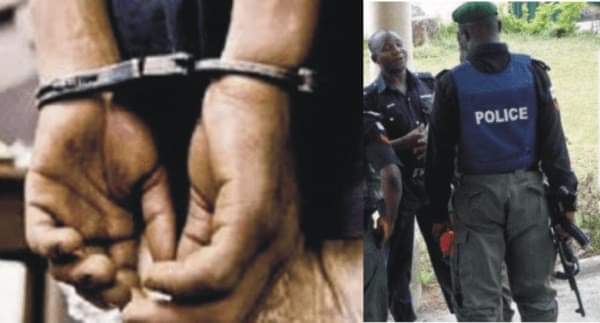 They were arrested during a raid of criminal hideout/black spots by the Police in the Ujevwu Community.

The Police image maker said,” the suspects who gathered in a large number smoking Indian Hemp took to their heels on sighting the police.

“They were chased and two of them namely Godspower Alfred age 23yrs and Destiny Akwara 34yrs were arrested and upon search, a locally made cut to size gun and some wraps of weeds suspected to be Indian hemp were recovered from them.”