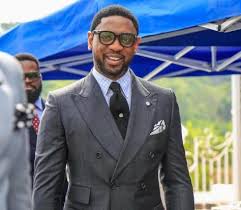 Pastor Biodun Fatoyinbo, Senior Pastor and founder of the Commonwealth of Zion Assembly (COZA) is currently being detained at Nigerian Police Force Headquarters in Abuja after he surrendered himself for questioning over rape allegations levelled against him by Mrs Busola Dakolo.

Mrs Dakolo, wife of Nigeria’s inspirational singer Timi Dakolo had accused Fatoyinbo of raping her many years ago – allegation that had elicited comments from Nigerians.

NAN gathered that Fatoyinbo is being interrogated at Force Criminal Investigation Division (FCID) headquarters in Abuja by a team of four officers led by Assistant Commissioner of Police Adaku Uche Anya.

Biodun Fatoyinbo, senior pastor at the Commonwealth of Zion Assembly (COZA) has surrendered to the Nigerian Police for questioning over rape allegations levelled against him by Busola Dakolo.

TheCable Lifestyle understands that Fatoyinbo’s protocol team was sent out of the Force Criminal Investigation Division (FCID) headquarters in Abuja.

Pastor Fatoyinbo is expected to be at the division for a while since Dakolo’s questioning was said to have taken about eight hours..