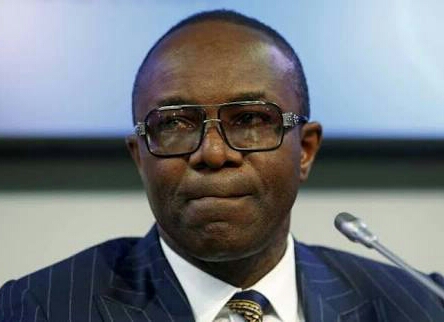 Security operatives on Monday have sealed up the Asokoro residence of the embattled Minister of State for Petroleum Resources, Ibe Kachikwu and restricting movements around his residence before a fire gutted his home on Sunday evening.

Since the incident, there have been several reactions as to what could have led to the fire outbreak and the action of the police.

The said house is located inside an estate in Asokoro and close to Daar Communications office in the area.

According to the herald.ng report, as at Monday, the place had remained sealed and it has been a no-go area since the outbreak, as security operatives have sealed off and restricted people from going in.

Security operatives and some passers-by  were able to put up the fire at the time of the incident, though the fire particularly affected the minister’s room in the building but Kachikwu was reportedly not in the room when the fire started.

The Director, Press Relations in the Ministry of Petroleum Resources, Idang Alibi, disclosed that there was no substantial damage resulting from the fire outbreak.

“I can confirm it happened. There was a minor fire incident but it’s nothing to worry about. No life was lost, no one was injured and there was no substantial damage.” Alibi said.

You will recall that the minister has been in the news in the past weeks, following a leaked petition he wrote to President Muhammadu Buhari against the Group Managing Director of the Nigerian National Petroleum Corporation (NNPC), Maikanti Baru, alleging against him a $25 billion scam.