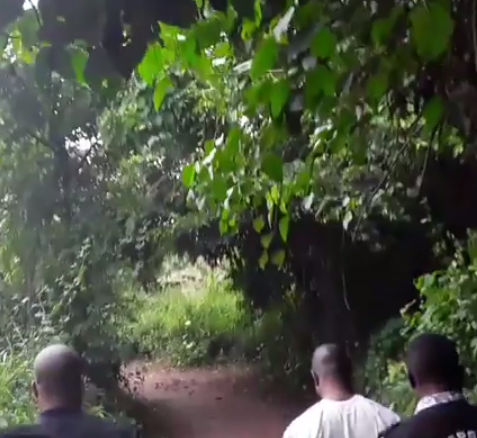 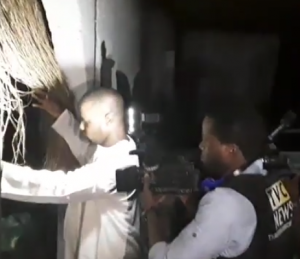 The cult group has been terrorising the residents of Ikorodu and its environs for several months by killing several innocent residents.

The latest victims were a family of four who were found murdered in their home on Sunday morning in Ikorodu.

Relying on a tip off, the police stormed the shrine, reportedly located somewhere on the outskirts of Ikorodu.

Police sources said the police team were led by the Deputy Commissioner of Police in charge of Operations, Edgal Imohimi, with backing from the Inspector General of Police Special Tactical Squad (STS).

A video of the operation posted online showed that there were figurines and moulded figures in the shrine.

There were also a few baskets, broken eggs and all manner of sacrifices and metal gongs.

“Yes, the one (video) on TVC (Television Continental)… It’s one of our operations (where) we are able to discover one shrine,” he simply said.

It is still unclear whether arrests were made during the operations.
Details of the operations would be communicated later, a police source said.