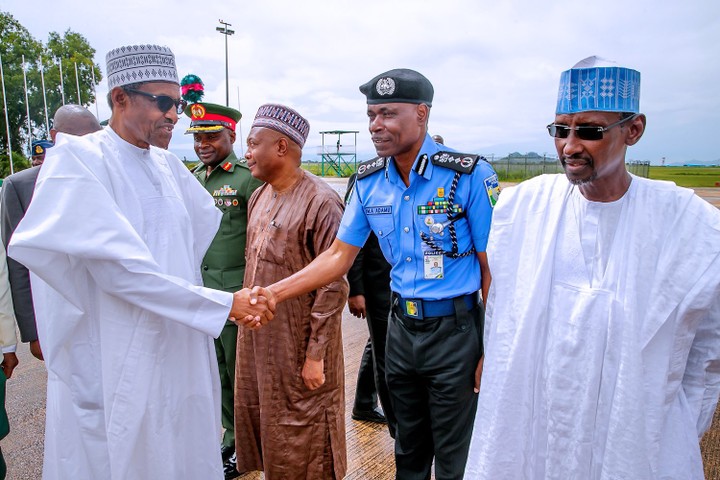 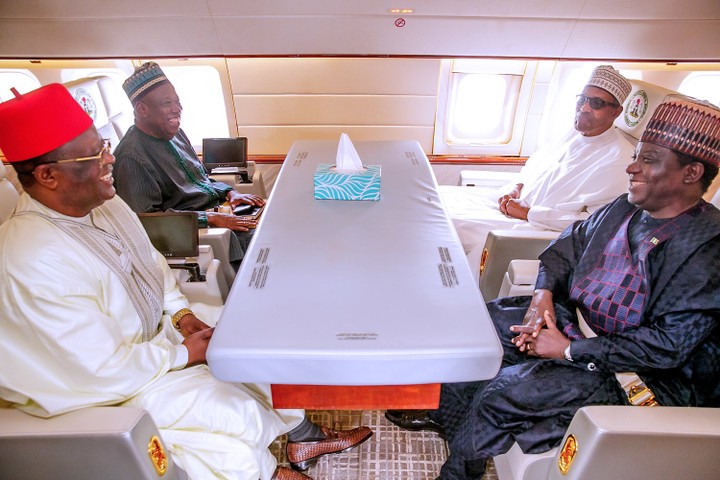 The Nigeria President, Muhammadu Buhari has departed the country for South Africa on a three-day state visit. The president jetted out through the presidential wing of the Nnamdi Azikiwe International Airport, Abuja.

According to the spokesman of the President, Garba Shehu in a statement released to the journalists, he said the visit was at the instance of President Cyril Ramaphosa to discuss the welfare of Nigerians, and enhance the relations between both countries.

Mr Shehu said that during Buhari’s visit, he will hold a town hall meeting with Nigerians in South Africa to reassure them of government’s commitment in protecting their lives and property amidst xenophobic scare.

The President is accompanied on the visit by Governors of Ebonyi State, Dave Umahi; his Kano State counterpart, Abdullahi Ganduje; and Simon Lalong of Plateau State.
Earlier, Buhari presided over the weekly Federal Executive Council (FEC) meeting at the Council chambers of the Presidential Villa, Abuja.

At the meeting were the Vice-President Yemi Osinbajo, Secretary to the Government of the Federation (SGF), Boss Mustapha, and Acting Head of Service of the Federation, Dr (Mrs) Folasade Yemi-Esan.

Some Ministers were also in attendance.