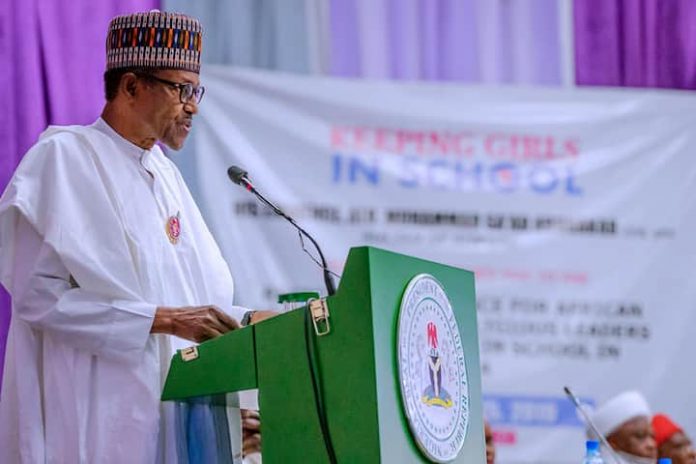 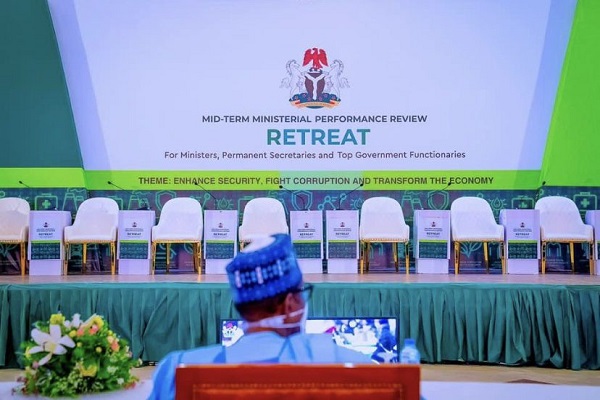 This was disclosed at a mid-term two-day retreat which will end Tuesday where the number one citizen list out what his administration achieved.

The President also spoke on his efforts at fighting insecurity and the plan to begin local production of arms.

The retreat gives ministers and heads of agencies the opportunity to showcase their performance for assessment to show whether they conform with the overall objectives of the administration.

Some of the achievements listed by the President are in the economy, infrastructure provision, power, petroleum industry, among others.

He said: “The 11.9km Second Niger Bridge, 120 km Lagos-Ibadan Expressway and other key projects under the Presidential Infrastructure Development Fund (PIDF) will be completed.

“On transportation, we are growing the stock and quality of our road, rail, air and water transport infrastructure.

“The PIDF projects are also advancing remarkably. These include the 11.9km Second Niger Bridge, 120 km Lagos-Ibadan Expressway, 375 km Abuja – Kaduna – Zaria – Kano Expressway and the East West Road. Most of these projects are expected to be completed within this 2nd term of our Administration”, he said.

“Some of the notable achievements include the establishment of InfraCo Plc in 2020, as a world class infrastructure development vehicle, wholly focused on Nigeria, with combined debt and equity take-off capital of N15 trillion, to be managed by an independent infrastructure fund manager.

“The Presidential Infrastructure Development Fund was also established in 2020 with more than USD 1Billion in funding.

“In addition, we have launched the Nigeria Innovation Fund by the Nigerian Sovereign Investment Authority (NSIA). This is aimed at addressing investment opportunities in the domestic technology sector: data networking, datacenters, software, Agri-tech, Bio-tech, and more”, he said.

Furthermore, President Buhari noted that his administration had made tremendous progress on railway projects in the country, noting that upgrading of the railway network is being extended with the recent completion of the Lagos – Ibadan line.

The retreat gives ministers and heads of agencies the opportunity to showcase their performance for assessment to show whether they conform with the overall objectives of the administration.

*In case you miss any info above

Here are some of the achievements listed below:

11. Empowering youth and other vulnerable group

Promote the message of one country Meanwhile, Osinbajo had expressed optimism that Nigeria would overcome its present challenges.

Osinbajo stated this on Saturday during an interactive session with top officials of Nigeria’s High Commission in the United Kingdom, held at the Abuja House residence of the High Commissioner in London.

Laolu Akande, VP Osinbajo’s spokesman quoted his principal as saying: “If you look at all of us sitting here, we represent all the geo-political zones. This is the Nigeria that will succeed, anything else doesn’t make sense.”

He said citizens at home and in the diaspora should promote the message of one country, noting that: “Anybody who looks at how Nigeria operates will recognize that we are better off in this system, and that is the truth.”