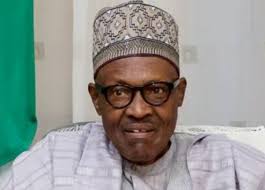 President Muhammadu Buhari has asked those he described as “ethnic warriors” to sheathe their swords, assuring that he was prepared to work with people from all regions of the country in the best interest of the nation.

He assured them that any part of the country requires special attention would receive it, irrespective of primordial affinities, adding: “Narrow-minded people have not been able to live above.”

This is coming against the backdrop of what the Presidency said was a twisted information credited to the World Bank President, Jim Yong Kim, who disclosed in Washington DC, United States, that Buhari had requested a concentration of the Bank’s intervention efforts in the northern part of the country, particularly in the Northeast.

Kim, speaking at a press conference in Washington DC on Thursday, said the Bank had concentrated on the northern part of Nigeria in line with Buhari’s request.

This comes just as a leading pro-democracy and non-governmental organisation, Human Rights Writers Association of Nigeria (HURIWA), condemned the directive as an impeachable infraction.

The body said the disclosure that the President asked the Bretton Wood funding institution to focus on northern Nigeria has confirmed the long held perception that he was a northern irredentist, who has scarce regards for the constitutional principles of equity, equality and social justice to all Nigerians and that he has no care in this world about respecting the constitutional principles of federal character in the appointments and execution of government policies.

The Presidency, in a statement yesterday, blamed the development on mischievous people, “who twist everything for their vile purposes, making it seems that it was a calculated attempt to give the north an unfair advantage over other parts of Nigeria.”

The statement signed by Buhari’s Special Adviser on Media and Publicity, Femi Adesina, said the northeast has suffered since 2009 when the menace of Boko Haram began and thus deserve care, so that the people could live a normal life again.

He urged those ululating over the disclosure by the World Bank boss to be a bit reflective and consider the ravages that the northeast has suffered since 2009, when the Boko Haram insurgency started.

“Schools, hospitals, homes, entire villages, towns, cities, bridges and other public utilities have been blown up, laid waste and lives terminated, in excess of 20,000, while widows and orphans littered the landscape. The humanitarian crisis was in monumental proportions.

“President Buhari simply did what a caring leader should do. He took the battle to the insurgents, broke their backs and then sought for help to rebuild, so that the people could have their lives back.”

“Should that then elicit the negative commentary that has trailed the disclosure from the World Bank? Not at all, except from insidious minds, he stated.

The Presidency noted that Buhari has a pan-Nigerian mandate and is poised to discharge his duties and responsibilities in like manner, adding: “Any part of the country that requires special attention would receive it, irrespective of primordial affinities, which narrow-minded people have not been able to live above.

“This President will always work in the best interest of all parts of the country at all times. Let ethnic warriors sheathe their swords.

“The truth of the matter is that President Buhari, right from his first week in office in June 2015, had reached out to the G-7 in Germany that Nigeria needed help to rebuild the northeast, which had been terribly devastated by insurgency.

“He said the country would prefer help in terms of rebuilding of infrastructure, rather than cash donation, which may end up being misappropriated. In concert with governors of the region, a comprehensive list of needed repairs was sent to the G-7 leaders.

“Also, during a trip to Washington in 2015, and many other engagements that followed, President Buhari sought the help of the World Bank in rebuilding the beleaguered northeast, which was then being wrested from the stranglehold of a pernicious insurgency.

“It was something always done in the open and which reflected the President’s concern for the region,” the statement said.

However, HURIWA noted that the President’s directive is also a breach of his constitutional oath of office and allegiance to the constitution not to implement government’s policies based on his ethno- religious interests.

A statement by its National Coordinator, Emmanuel Onwubiko, and National Media Affairs’ Director, Zainab Yusuf, the group asked the National Assembly to open a probe of this disclosure, censure the President and ensure that he either counter-instructs the World Bank to work for all of Nigeria or the National Assembly begins an impeachment process, because a breach of constitutional oaths of office is extensively damaging.

It further accused Buhari of breaching the constitutional provisions that prohibits discriminatory enforcement of policies to favour particular sections of Nigeria against other zones, warning against the sweeping of these allegations under the carpet of impunity.

in a reaction by the Ekiti State Governor, Ayo Fayose, said he was not surprised by the revelation, saying: “The President has never hidden the fact that he is a sectional leader and painfully, because of his nepotism, religious bigotry and favouritism, Nigeria is now more divided than ever before, with the unity of the country being threatened.”

The governor, who spoke through his Special Assistant on Public Communications and New Media, Lere Olayinka, said: “When a President opens his mouth and says that constituencies that gave him 97 per cent votes cannot in all honesty be treated, on some issues, with constituencies that gave him five per cent votes, lovers of unity in the country should have raised the alarm and alerted the world of the danger of having a nepotistic President, and I warned then but other Nigerians that should have raised their voice kept mute.”

According to him: “The father-figure of this country is Buhari and if his language does not represents unity, there will be agitations like we are witnessing now.

“I therefore reiterate my commitment to the call for full and total restructuring of Nigeria through dialogue and negotiation.”