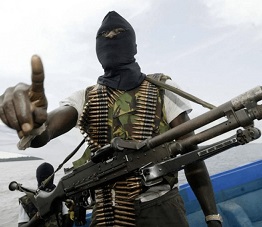 The Call on the Igbo people to vacate the Northern part of the country is generating a lot of reactions and tension in the country as we are yet to see any form of arrest of the group member. Many believe that if no step is taken by the appropriate authorities the threat could degenerate to what could not be curtailed.

We recall that The Arewa Youth Consultative Forum, ACYF, a coalition of socio-political groups in northern Nigeria, on Tuesday 7th June 2016 issued a three months quit notice to all Igbos in the 19 northern states to vacate the region.

The group said if the Igbos people fail to leave by the deadline; October 1, 2017, it would use force to evict the Igbos. The group threatened to take over all the landed properties of the Igbos after they had left the region.

At a press conference in Kaduna, the AYCF officials led by the group’s National President, Yerima Shettima, claimed that a successful sit-at-home protest organized by Igbo groups, IPOB and MASSOB, in remembrance of the Biafra secessionist war that led to the death of about three million people was a threat to the country’s national security.

The Deputy Publicity Secretary of the Ohanaeze Ndigbo, Chuks Ibegbu, when reacting to the threat said “the statement issued by the AYCF should not be seen as an empty threat; urgent action is needed to foil the plan to attack the Igbos in the North. It happened in the past and we don’t want it to happen again. He calls on security agencies the DSS, police and other security agencies to take note of the statement by the group and other Northern groups for issuing the threat against the Igbo.

In reaction to an ultimatum issued by northern youth groups calling for all Igbo people to leave northern, some of the Northern Governors including Kaduna, Kano and others

Also, the UN resident coordinator in Nigeria, Edward Kallon, said “We have to work together to resolve peacefully any concern that different groups in the country may have” while reacting to the AYCF threat statements

He said “I am heartened by reactions of leaders from all over the country condemning this ultimatum. “UN calls for tolerance and a spirit of togetherness in transparency to address the concerns of all the citizens in a peaceful manner.”

“Nigeria is a great country with immense potential to build the welfare of its population and lead Africa in meeting the Sustainable Development Goals. “This can only be achieved in an atmosphere of the rule of law and peace where all citizens live happily irrespective of their ethnic or religious backgrounds.

“I commend the Federal and State Governments, youth and civil society leaders, security agencies, cultural and religious leaders for their efforts to promote peace in the country.

“The UN is ready to continue supporting Nigeria to build an enduring democracy in peace, prosperity and respect for diversity,” Edward said.

On the other hands, a coalition of Niger Delta militants is demanding the return of all oil blocs controlled by Northerners, to the people of the oil-producing region.

The demand is in retaliation to the order issued by Northern youth organizations to the Igbo in the North, to leave the region by October 1.

The Ijaw Youth Congress has also described the insistence ultimatum given to the Igbo people in the North by northern youths as a ploy by such youths to loot the massive investments of Ndigbo in the area. According to Punch, in a telephone interview with its correspondence, the IYC President, Mr. Eric Omare, said that there was nothing wrong for a part of the country to seek self-determination, adding that they can stay in the North even after achieving their objective of self-government. 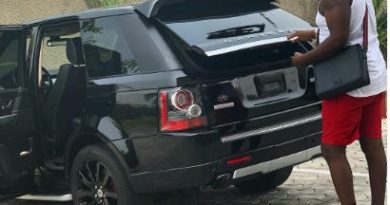 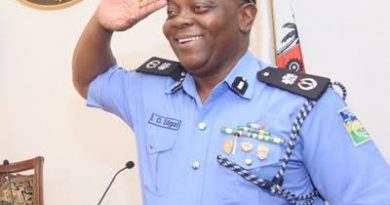