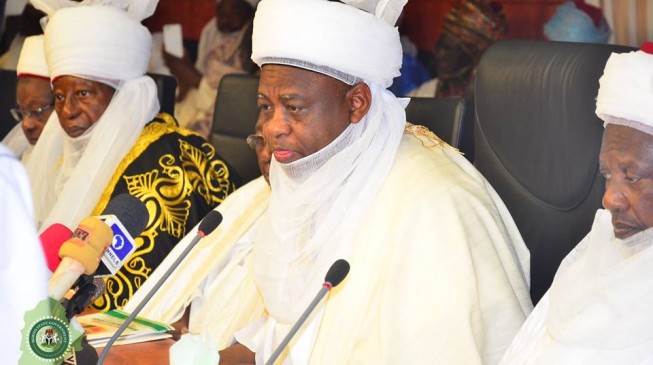 The president-general of the Nigerian Supreme Council for Islamic Affairs (NSCIA), Muhammad Sa’ad Abubakar has declared that Ramadan will start Today, Friday.

He made the declaration late Thursday, confirming that the new moon had been sighted.

Ramadan is the period when Muslims observe fasting and prayers which is regarded as a holy month,

Earlier, the sultan had asked Muslim faithful to be on the look out for the new moon.

“Consequent upon the advice of the National Moon Sighting Committee (NMSC), the President-General (Sultan) enjoins the Nigerian Muslim Ummah to search for the crescent of Ramadan 1441 AH immediately after sunset on Thursday, April 23, 2020, which is equivalent to 29th Sha’aban 1441 AH,” Salisu Shehu, deputy secretary-general of the council, had said in a statement on Tuesday.

Sultan also directed Muslims to shun congregational gatherings and maintain physical distancing throughout Ramadan as part of measures to limit the spread of COVID-19.

Kuwait, Qatar, Tunisia, Lebanon, Egypt, the United Arab Emirates and many Arab countries have announced that the holy month will start on Friday.

But the Gulf sultanate of Oman announced that the crescent was not spotted, thus Ramadan will begin on Saturday.

During Ramadan, Muslims have to abstain from eating, drinking and smoking from dawn to sunset.

Amaechi reveals what Buhari said after he became President