The Governor of Anambra State, Willie Obiano, has refused to congratulate his predecessor Peter Obi over his emergence as running mate to the Presidential candidate of the Peoples Democratic Party (PDP), Atiku Abubakar, citing that there is nothing to celebrate about it.

This was disclosed by The Special Adviser to Governor on Political Matters, Barr Ifeatu Obi-Okoye.

Obi had received a barrage of congratulatory messages upon the announcement of his nomination by the presidential candidate of the PDP, Alhaji Atiku Abubakar, and many expected that Obiano, his successor, would have done same.

The media aide to Obiano, Mr James Eze, rather disowned a Facebook page, which claimed to be Obiano’s, and had a congratulatory message to the former governor.

But explaining the reason for the refusal of Obiano to do so, Obi-Okoye said there was nothing to be euphoric about a mere pick as a vice presidential candidate.

When the presidential candidate of the PDP in next year’s general elections nominated Obi as his running mate, jubilation erupted across the state, but without any comment from the state government.

Obi-Okoye said, “Let’s get something clear; I don’t think Peter’s nomination as VP candidate calls for any congratulatory message. If he becomes the vice president, we will congratulate him.

“We (APGA) are running for the presidential election against PDP and we fielded a candidate who we believe can win the the PDP candidate, so we have no reason to celebrate Obi. Otherwise, we are saying we have already acknowledged that they will defeat us.

“But I want to say as you have mentioned that as someone who is from here, and who was in APGA, that if by any chance Obi becomes a VP, we will congratulate him. For now, we are in the trench, planning how we can win the election for APGA.

Obi-Okoye contended that there would be surprises in the 2019 polls, saying that nobody should rule out the chances APGA in the race.

“There are so many factors that will play out in 2019, the ethnic factor, security factor, the lack of governance, the inability of politicians to keep faith with the people. What we should all watch out for is that the election is not rigged.” 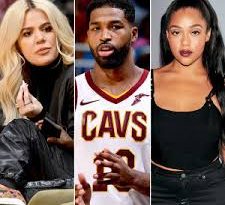 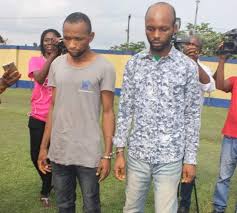