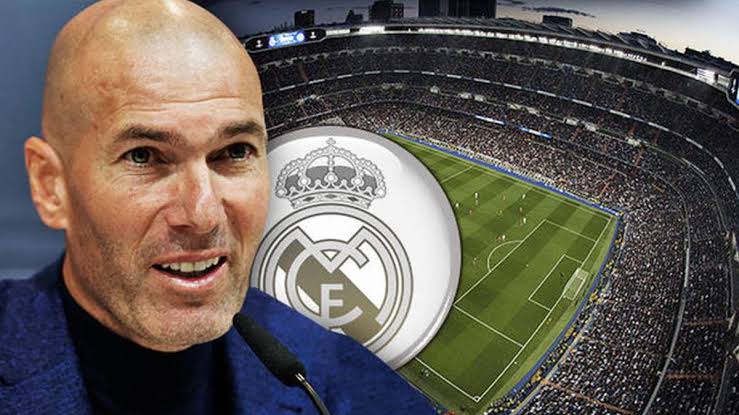 Popular Spanish football club, Real Madrid have confirmed the re-appointment of Zinedine Zidane as their manager until 2022, endingJose Mourinho speculations.

The appointment comes nine months after he walked away following his third successive Champions League trophy with Real Madrid.

The club had to dismiss Santiago Solari after a run of poor results to pave way for the French football legend.

According to Mail Online Sport, Real Madrid president Florentino Perez asked Zidane to come back after Madrid crashed out of the Champions League against Ajax while also planning to bring back Mourinho, if the French man doesn’t agree to come back to the club.

In a statement, the club said: ‘The Board of Directors of Real Madrid, meeting today, Monday, March 11, 2019, has decided to terminate the contract that linked Santiago Solari with the club as coach of the first team and, at the same time, Real Madrid has offered to continue belonging to the club.

‘Real Madrid appreciates the work done by Santiago Solari and the commitment and loyalty he has always shown to this house.

‘The Board of Directors has also agreed the appointment of Zinedine Zidane as the new coach of Real Madrid with immediate incorporation for the remainder of the season and the next three, until June 30, 2022.

‘The president of Real Madrid will appear today with Zinedine Zidane before the media at 8:00 pm in the press room of the Santiago Bernabeu stadium.’