Redouble Your Efforts to Justify the Confidence Repose In You, COAS Tells Newly Promoted Senior Officers 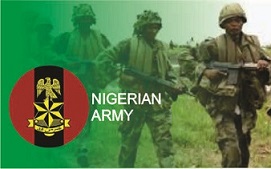 The Nigeria Chief of Army Staff, Lieutenant General Faruk Yahaya has urged newly promoted senior officers to redouble their efforts to justify the confidence reposed in them by the Nigerian Army, Trait News reports.

This is was contained in a congratulatory message signed by the acting Director, Acting Director, Army Public Relations, Brigadier General Onyema Nwachukwu, made available to Trait News on Wednesday.

In the statement, General Yahaya congratulated all the promoted officers and their families and reminded them of their onerous task to national security adding that to whom much is given, much is expected.

“The Army Council had inspired officers on Tuesday, December 21, 2021 by approving the promotion of 117 senior officers to the ranks of Major General and Brigadier General respectively.”