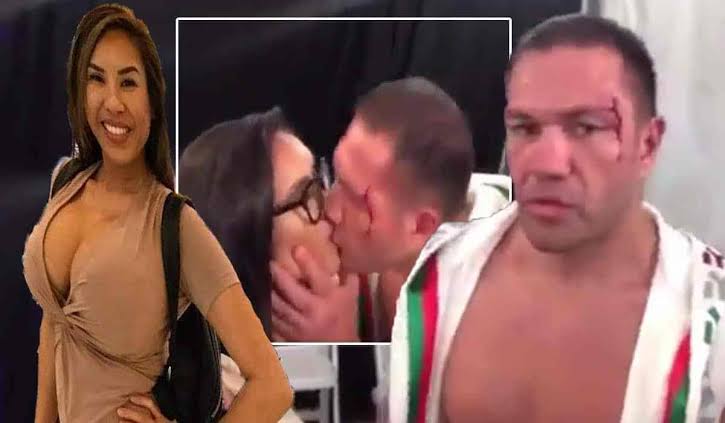 Jenny SuShe, the boxing reporter who was forcefully kissed on the lips by boxer Kubrat Pulev during a post-fight interview has hired a lawyer to begin legal action against the Heavyweight boxer.

According to TMZ, she has hired Gloria Allred in order to take legal action against the 37-year-old Bulgarian boxer.

In the report, she also claimed that Pulev groped her after the interview, and will be requesting that Pulev’s boxing license be suspended.

During the interview, SuShe asked Pulev possibility of facing Tyson Fury in the future. Pulev responded ‘yes’ before grabbing SuShe and kissing her on the lips but the Boxer insists there is nothing more to it.

‘You may have seen a clip of me kissing a female reporter following an interview after I won my fight Saturday night,’ Pulev said.

‘The reporter, Jenny, is actually a friend of mine, and after the interview, I was so elated, I gave her a kiss.

‘Later that night, she joined me and my other friends at my post-fight celebration. On the video, after our kiss, we both laughed about it and thanked each other. There really is nothing more to this.’