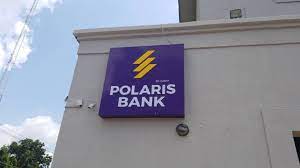 House of Representatives has threatened to issue a warrant of arrest for the Managing Director of Polaris Bank for failing to appear before the House to respond to questions on why the bank has not remitted the debts it owes to the Nigeria National Petroleum Corporation (NNPC) amounting to over $32 million.

The Chairman of the Ad hoc Committee on Assessment and Status of All Recovered Loots, Moveable and Immoveable Assets from 2002 to 2020 by agencies of the federal government for effective and efficient management and utilisation, Hon. Adejoro Adeogun, issued the threat at the resumed hearing.

The committee frowned on the attitude of the management of Polaris Bank for not honouring their out-of-court settlement with the NNPC and paying up their debt to the government.

The bank had claimed that they had finished paying their debt to the NNPC with the last payment being the sum of about $32 million which they have instructed the CBN to transfer to the NNPC, according to reports.

Quoting the CBN, the Committee Chairman said the apex bank rejected the letter from Heritage bank asking it to transfer the money from its reserve and therefore cannot be said to have paid the said amount.

He said: “You can’t take public funds and you are playing games with it. If you take somebody’s money and you claim to have paid the person, that person must receive the money.

“If it is not received, then it is not paid. You cannot be dragging us about that you have case in court which we are not aware of. NNPC that is supposed to have received the money said it has not received it.

“The Chief Financial Officer of NNPC is here to confront you with their own facts and then they are sending you. You can’t speak for your bank. If your bank continues with this level of unseriousness, I will issue a warrant for the arrest of your MD and I am being straight forward about that. We can’t be playing games,” he warned.

A visibly angry Adeogun countered that, “You did not tender any evidence. You wrote a letter saying you directed CBN. Directing CBN does not mean CBN has paid the money. You directed CBN to use your reserve and if they make that payment, your reserve will fall below regulatory requirement.

“So, CBN has ignored your advice and they have not paid. There is a term of your judgment and you are supposed to be conforming to that terms. You keep playing games as if you are bigger than the National Assembly and I have been patient with your bank. It has gotten to the time when we have to use the big stick.

“That money is supposed to be paid into the federation account to fund the 2022 budget, as you cannot continue to hold on to government funds.

“So, you have between now and Wednesday next week to appear here with evidence of your payment, not instruction to CBN because that is not acceptable. We have to make sure that you pay that $32 million to Nigerians.”

The representative of NNPC, who’s the Chief Financial Officer, Umar Ajiya, informed the committee that the NNPC was yet to receive the payment from the CBN, adding that Polaris Bank was still owing them $32 million.