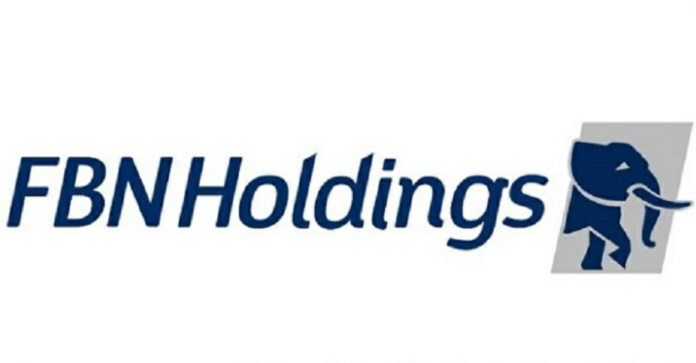 The Federal High Court, sitting in Lagos, on Friday, stopped the FBN Holdings Plc from implementing all the decisions taken at its 10th Annual General Meeting, AGM, recently held on June 20, 2022, at Oriental Hotel, Lagos.

FBN Holdings Plc is the controlling owner of First Bank of Nigeria Plc.

Specifically, the Federal High Court, presided over by Justice Akintayo Aluko, granted an order directing FBN Holdings Plc and all the respondents in the suit, to maintain the status quo ante bellum prevailing before the AGM was held on June 20, 2022, thereby effectively putting on hold the appointment of Mr. Nnamdi Okonkwo as the Group Managing Director and Mr. Julius Omodayo Owotuga, as a non-Executive Director respectively.

By implication of the order, the court has also stopped the respondents from raising or issuing shares capital of the company and from implementing any of the resolutions reached at the 10th AGM.

Justice Aluko granted the order after hearing arguments from human rights lawyer and Senior Advocate of Nigeria, SAN, Ebun-Olu Adegboruwa, on behalf of the petitioner.

The petition was filed by Mr. Olusegun Onagoruwa, an aggrieved shareholder of FBN Holding Plc, who claimed that the affairs of the company are being run illegally and oppressively.

Principally, the petitioner is contending in the suit that he was not served with statutory notice for the 10th AGM of the company, which was held on 20th June, 2022.

Arguing the case on behalf of the petitioner, Adegboruwa, SAN, contended that the petitioner was by law entitled to be served with the notice of the AGM, and having not been served, there is a case of breach of his constitutional right to fair hearing in the determination of the petitioner’s civil rights and obligations.

Adegboruwa argued that the law is settled that once a breach of fair hearing has occurred, any decision taken pursuant to such breach must be set aside by the court.

Furthermore, it was Adegboruwa’s argument on behalf of the petitioner that the decisions and resolutions of the 10th AGM, held on June 20, 2022, especially in relation to the appointment of Directors, were null and void, as shareholders were not given the opportunity to know and approve the new Board of Directors appointed for the company by the governor of the Central Bank of Nigeria, CBN; and that the powers of the CBN Governor to sack or appoint directors for the company did not take away the powers of shareholders to confirm such directors.

The order of the court followed a motion ex-parte filed on 6th July, 2022, seeking to preserve the subject matter of the petition before the court.

In a 52-paragraph affidavit in support, the petitioner stated that he is a shareholder of FBN Holdings Plc, and he was not served with notice of the AGM held on 20th June, 2022 at Oriental Hotel.

The petitioner also stated that the AGM had not confirm or approved the appointment of the Board of Directors constituted by the CBN governor before the said board proceeded to appoint Nnamdi Okonkwo as Group Managing Director and Julius Omodayo-Owotuga as non-Executive Director.

Consequently, the petitioner filed an affidavit of urgency in support of the application.

According to the affidavit filed in support of the motion, the petitioner averred that the kernel of the matter is the decision and resolutions reached at the just concluded AGM of the 1st respondent held on Monday, 20th June, 2022.

It was further stated that it is imperative to allow the court determine all issues and reliefs sought on the merits without any interference from any party implementing, in respect to the meeting, acting on, or executing decisions reached at AGM of the 1st respondent held at Oriental Hotel, Lagos held on Monday, 20th June, 2022,

The petitioner further averred that there is a binding obligation upon the respondents to maintain the status quo of the subject matter of the petition and not to take any step that may overreach the petition or foist a situation of complete helplessness upon the court in the hearing and determination of the Motion on Notice for interlocutory injunction and the petition filed herein, as any step taken by the respondents to further implement or execute the decisions and resolution reached at the said AGM of the 1st respondent held on the 20 June 2022 will undoubtedly usurp the constitutional powers and authorities of the court to determine the real issues and subject matter of the case already submitted to it by the applicant.

Citing some of the decisions taken at the AGM, which the petitioner alleged would infringe on his right and overreach him if not stopped, include: declaration and payment of dividend of the 1st respondent – FBNH; presentation of audited accounts of the 1st respondent to members; election of 3rd respondent – Mr. Julius B. Omodayo-Owotuga, as a non-Executive Director and the 4th respondent – Mr. Nnamdi Okonkwo, as the Group Managing Director, both of whom were said to have been appointed by the Board of Directors of FBNH.

After granting the order to maintain the status quo ante bellum, the judge adjourned the case to July 22, 2022.