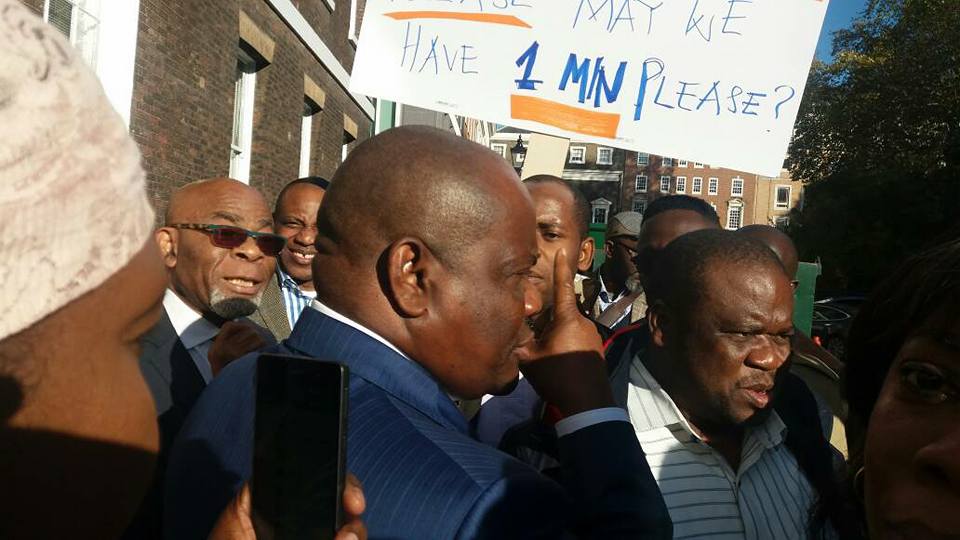 The Rivers State Scholarship Students studying in United Kindom (UK) expresses their grievances yesterday on the non payment of their tuitions and allowances by the Rivers Government.

The students ambush their Governor, Nyesom Wike in London on his way from Chatham house where he’d just delivered a speech.

Trait News learnt that the students stage a protest carrying placards with various inscriptions, accosted him by demanding the payment of their fees and allowances.

According to reports, Wike asked those who were studying Medicine and Engineering to be patient as the government would soon meet their demands while those on scholarship for courses like Law, Philosophy, and others were asked to come back home as the state has a University with enough lecturers to teach such courses.

Governor Wike reportedly told the students that the state is currently experiencing an economic downturn and would not be spending money on things that have alternatives back home.

An angry Governor Wike told one of the students that she was rude when she persist on knowing when their demands would be met.

Photos and video clip below: 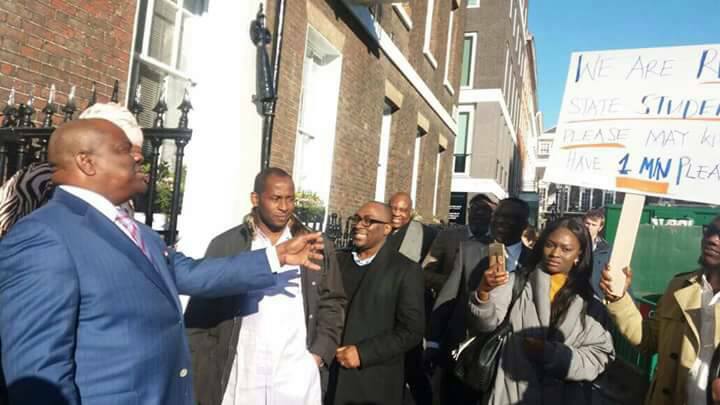 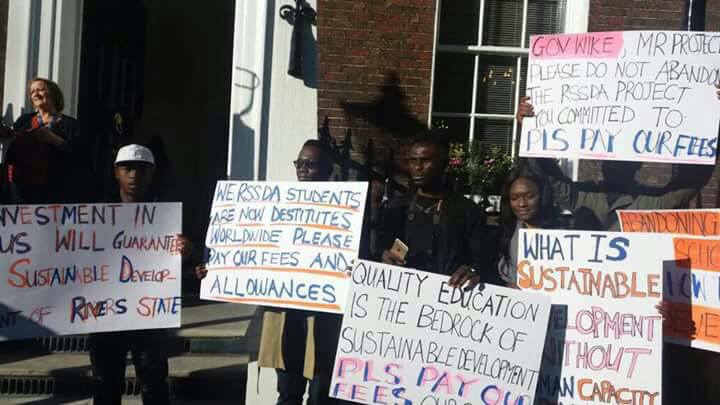