The Lagos State Governor, Mr. Babajide Sanwo-Olu on Friday released the names of individuals and corporate organisations that donated to the State Government towards the fight against the novel coronavirus pandemic.

The donations, which are in cash and materials such as hospital items, Personal Protection Equipment (PPE), Ambulances, respirators, isolation facilities and food items to support the vulnerable and the needy during the period of lockdown were acknowledged by the Governor in a widely circulated advertisement published in some major national newspapers.

Recall that Governor Sanwo-Olu said during his last televised update on covid-19 that the Government would release the names of all the donors so that Lagosians would know who they are and what they have done to support the fight against the virus.

He also said that it would not be out of place for government to name the public spirited individuals and corporate bodies for recognition and appreciation for their show of love and magnanimity.

The Governor said: ‘‘let me specially thank everyone who has donated to the Lagos State Covid-19 response, by way of cash, medical equipment and other essential materials. Your generosity is greatly appreciated. From Friday, May 1st, the Lagos State Government will be acknowledging all of you, our worthy partners, in newspaper advertisements that will outline all that we have received, in the spirit of full transparency and accountability.’’

There are a total of two hundred and one donors as advertised in the newspapers. 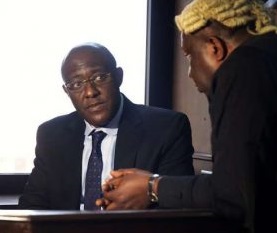