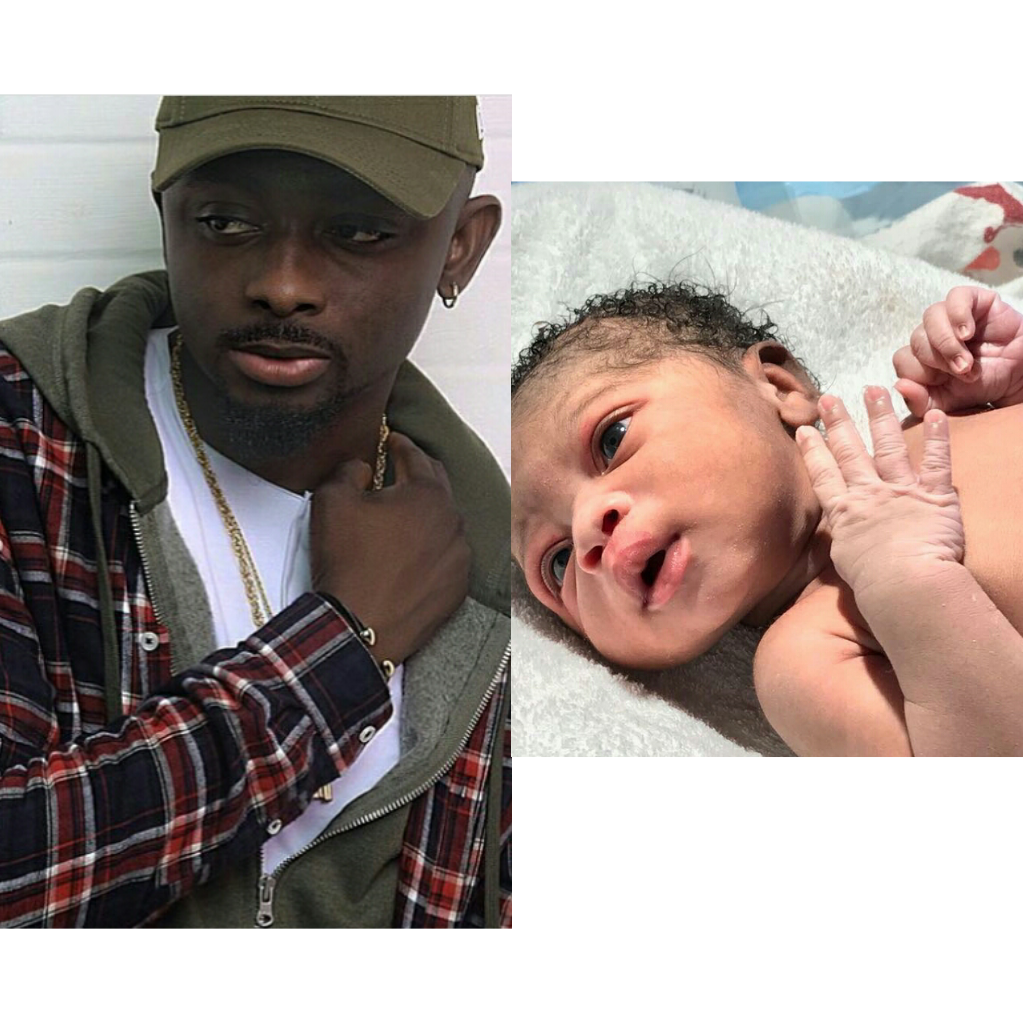 Hours ago, the singer revealed that his US-based girlfriend, Maina, has welcomed their baby daughter whom they have agreed to name Ayomide Madison. This announcement has tickled many of his fans.

Recall that news of the baby’s arrival was first shared by Maina who took to her social media in April to share the first photo of her baby bump as well as reveal the date of her delivery by showing off a marked August calendar.

They became an item after he shared a selfie with the Kenyan actress back in October, although he didn’t reveal her details.