The Operatives of the Lagos State Neighbourhood Security Corp (LNSC) have arrested six suspects for their alleged membership of a notorious cultist gang and raping of underage students.

The suspects, who were apprehended at Agarawu, Lagos Island, were accused of gang raping three students of Junior Secondary School, aged 15 , 13 and 13 years identified as Maryam, Sulia and Alimot.

The suspects Laguda Kamal, 20 years, Muyideen Aigoro, Kayode Damilare, 20 years, Quadri Ajayi, 27 years,  Idoogun Yinusa and Yinka Adewuyi, were alleged to have initially initiated the victims into their cult gang known as “Eiye” before raping them one after the other.They were said to have perpetrated the sinister act at the residence of their gang leader identified simply as Wakili now at large.

Chairman of the LNSC Deputy Inspector General of Police, Israel Ajao (RTD), while parading the suspects Thursday, disclosed that they usually visit the schools of their would be victim with dangerous weapon, threaten  and force them to their hide out where they forcefully gang rape them.

”Dare came to me in the school with gun that I should follow him to Agarawu that they are going to initiate me or else he will kill me. When we got there, they formed a circle and asked me to kneel down in their mist. .

They tie my face,sprinkle some things on my body, asked me to undress and raped me countless time for four days,” she recounted. In a chat with journalists, two of the suspects Kamal and Quadri confirmed having fun with the victims, but denied gang raping them.

One of the suspects, Damilare, said he witnessed one of the incidents when Wakili and Yinka raped Maryam, but denied his involvement. 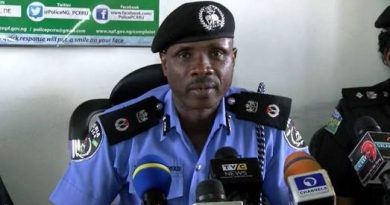 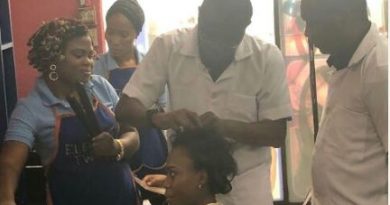 2019: President Buhari reacts to endorsement of Atiku by Obasanjo