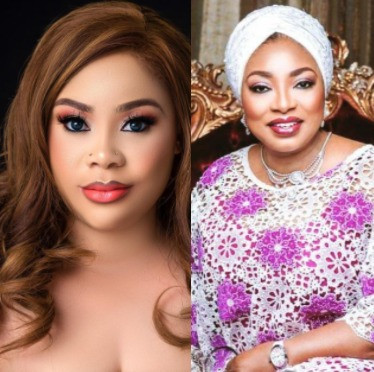 Trait News has gathered that Senator Grace Bent has released a statement reacting to claims made by Precious Chkwendu, ex-beauty queen and ex-wife of former Aviation Minister, Femi Fani-Kayode.

Precious on Wednesday, August 4, took to her Instagram page to call out FFK and Bent, accusing them of using the police to intimidate her. Precious shared a photo of a letter from the police inviting her for questioning at the Force Criminal Investigation Department Abuja. According to the letter, she is being investigated in a case of criminal intimidation, blackmail, defamation of character and malicious publication. 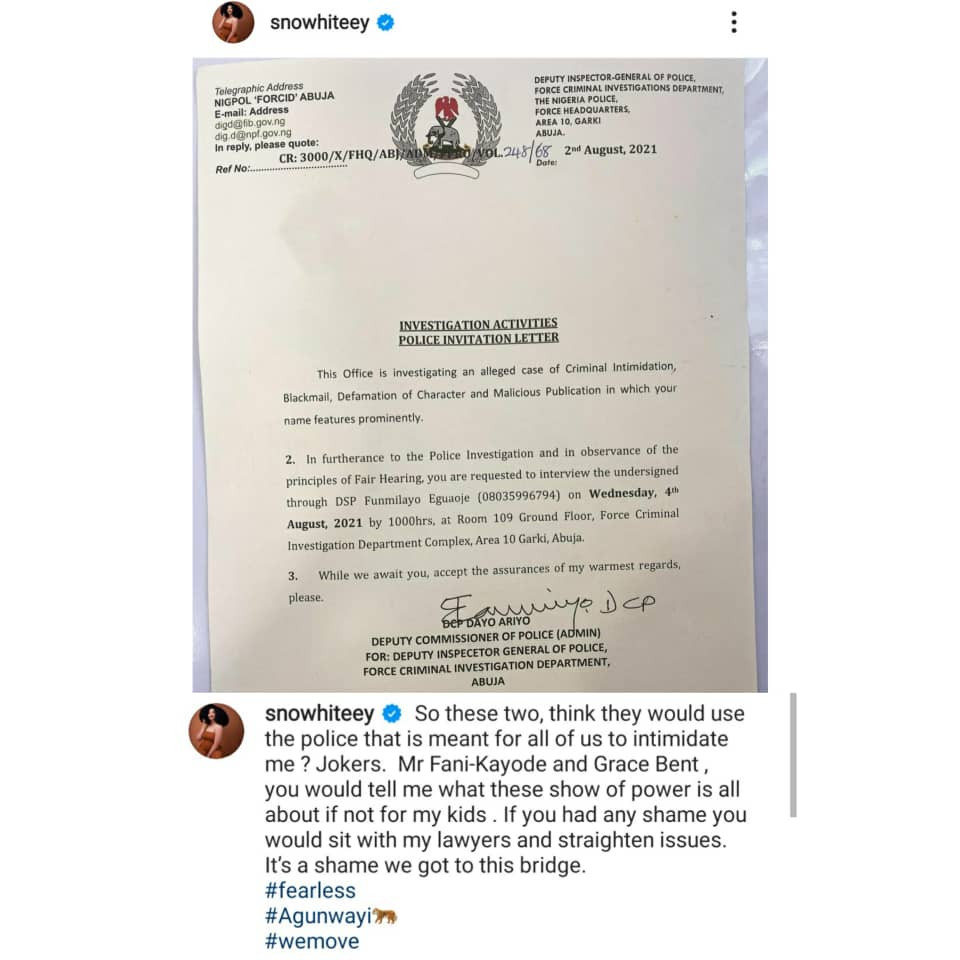 In a statement released by her spokesperson, Timothy Williams, Bent said a publication was making the rounds on social media in which Precious alleged that she was after her life and that she (Bent), had to report the matter to the police as the allegation is very weighty. She added that she is consulting with her team of lawyers and will not hesitate to seek appropriate redress against the wrongs meted against her, both in law and equity.

Read the statement below

Permit me to thank family, friends, honourable and distinguished members of the parliament, concerned Nigerians and the general public, who have made spirited and frantic solidarity efforts, to stand by Senator Grace Folashade Bent, on the occasion of a recent publication, which was patently intended to defame and denigrate her.

This publication, which was at the behest of one Ms. Precious Chikwendu has been making rounds on the internet and diverse social media platforms.

As a civil and law abiding citizen of Nigeria, the distinguished Senator immediately reported the matter to the Police, and investigation is ongoing.

For the records, a swift report had to be made to the relevant enforcement agency, because the publication alleged that the distinguished Senator was after the life of Ms. Precious Chikwendu. This is a very weighty allegation of assassination tendencies and intendment.

The publication also alleged that Senator Grace Bent was out to pervert the course of justice by making efforts at muscling Ms. Precious Chikwendu to abandon her child custody suit.

This is another bold allegation of criminality and disregard for the rule of law which no citizen of Nigeria who knows his / her onions would be mute over.

Lastly the publication falsely alleged that the distinguished Senator is on an errand for Chief Femi Fani-Kayode and that they will together abusively activate the machineries of enforcement agencies against Miss Precious Chikwendu.

As earlier noted a complaint has been submitted for investigation bearing in mind that the publication was primarily meant to incite the public against the distinguished Senator and to criminally damage the reputation she has built over the years.

Senator Grace Bent is a mother to many and a grandmother who appreciates family values and mutual respect for all and sundry.

Her interface with Ms. Precious Chikwendu is not in any way significant, and is limited to about only two occasions.

This is the more reason it became imperative to lodge the complaint, because the suggestion that the Senator wants to murder her is dangerous, inexplicable and unfathomable.

Unfortunately, the witness referred to in the said publication is Mrs Binta Sambo Dasuki, of whom Col. Sambo Dasuki (her husband), and the husband of Senator Grace Bent, Chief  Jackson Bent,  have been very good friends and were military course mates for several decades.

These are relationships that have been maintained for several decades that the publication was carefully designed to prejudice.

Similarly, Senator Grace Bent and Chief Femi Fani-Kayode, the former Minister of Aviation who was once married to Precious Chikwendu, have been friends and political affiliates for many years, with mutual respect for each other.

Friends don’t deny each other, when they go through stormy waters.

Her utmost respect for the dignity of the Court, will not in the remotest terms, allow her to interfere with judicial process or the course of justice, whether in the custody case involving Chief Femi Fani–Kayode’s children or any other person.

Finally, Senator Grace Bent is consulting with her team of lawyer and will not hesitate to seek appropriate redress against the wrongs meted against her, both in law and equity.

Friends and family are encouraged to be at peace, and avoid insalubrious comments, which may interfere with the ongoing investigation, and other civil actions which may be initiated, at the time appropriate.

God bless you all.