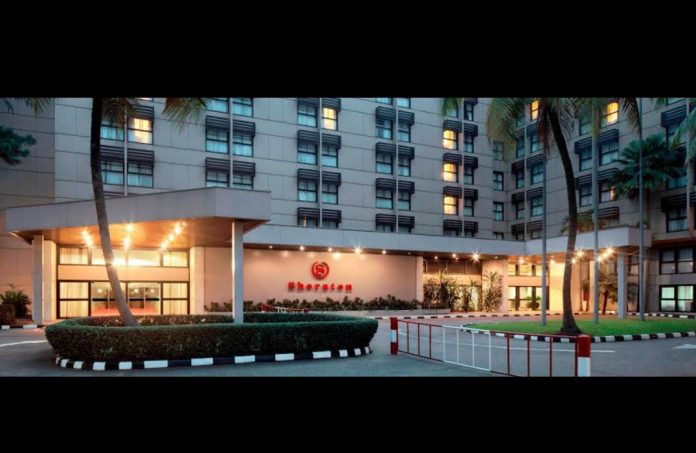 Bizarre treatment of a senior staff, General manager of Sheraton Hotels to a subordinate in the company has a led to serious concern of many on the narrative of ill treatment received by junior staff in Nigeria.

In reaction to this, organised labour in the hospitality sector has called for immediate sack and repatriation of the general manager of Sheraton Hotels in Nigeria for his physical assault on a Nigerian staff at the Lagos branch of the hotel.

The unions, Hotel and Personal Services Senior Staff Association (HAPSSSA) and National Union of Hotels and Personal Services Workers (NUHPSW), wrote Marriot International, the manager of the hotels in Nigeria, to recall the cluster managing director of Sheraton Hotel, Ikeja, for alleged abuse of work ethics and physical assault of worker.

Speaking with Daily Sun on the issue, the general secretaries of HAPSSSA and NUHPSW, Gbenga Isola and Mohammed Usman, respectively, said the workers at Sheraton have been wearing a red band on their arms to register their grievances to the management of the hotel.

In a letter written to the Chief Executive Officer, Marriot International, the unions alleged that on the 3rd of October, 2021 the head of department and some selected members of the workforce, from different departments decided to visit Mr. Rex to celebrate his birthday on behalf of the entire team.

“These selected leaders went along with a befitting cake and a bottle of wine. Rather than appreciate this honest gesture, he molested, abused and dehumanized the Cluster Director of Human Resources, the leader of the delegation, slapped him on his chest and pushed him out of his door to the amazement of others.

“As if this was not enough, the following day Monday 4th of October, 2021 he sadly brought back the cake to the management team meeting. A blantant rejection of the goodwill of the entire workers. An action the entire workers considered a slight.

“A room, long allocated to the Director of Security before his deployment to the hotel, meant to ensure response to emergencies should the need arise, Mr Rex turned the room to his bicycles parking lot while the man was still occupying the room before being finally ejected, while millions of naira was spent purchasing brand new items for his own apartment in the hotel.”

They also alleged that the General Manager has since begun the conversion of the entire workforce to casuals and contract staff renewable every two years, thereby creating a workforce that are not only dissatisfied but are gradually depicting this in their quality of service.

Equally, the union accused him of giving the status of permanent staff to people he employed while some casuals who spent 10 years as casuals are yet to be made staff.

According to the letter, “Mr. Rex has created a serious unease in the minds of the workforce because if the cluster Director of Human resources can be dehumanized this way, it suggest that no one is safe. A very dangerous precedence has been created by Mr. Rex Nijof.”

“In the light of this very unfortunate situation, we demand for the resignation of Mr Rex with immediate effect to save the hotel from the pending shame and ridicule his actions are bringing to the hotel and the entire workforce”.