HomeOTHERSSix men in their 20s sexually reportedly assaults girl, 12, on the...
OTHERS

Six men in their 20s sexually reportedly assaults girl, 12, on the top deck of a bus 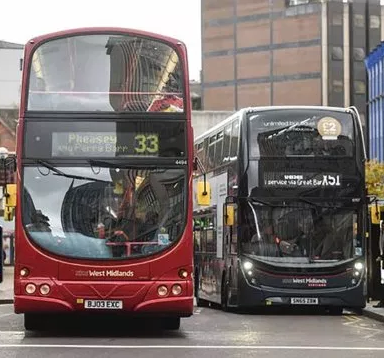 A 12-year-old girl reported she was sexually assaulted by a group of men on a bus which has lead to a manhunt to capture the men.

The victim and her friends were on the top deck of a number 33 bus when 6 men in their 20s allegedly attacked them in Kingstanding, Birmingham, West Midlands. The victim’s friends managed to escape and ran downstairs, leaving the victim with all six men.

The victim’s mother has spoken about the attack, saying:

No words can describe how I felt when she phoned me. I felt useless as I wasn’t there when she needed me the most.

Police officers are yet to come out to see us. We’ve only spoken to them over the phone.

She was really shaken up; there were about six of them.

The top of the bus was empty, but they went and approached my daughter and her mates.

My daughter’s friends were assaulted and they ran downstairs and off the bus. My daughter was left upstairs with them.

According to the victim’s mum, the gang eventually left the bus in the city centre. West Midlands.

Police said: “Police are investigating reports a 12-year-old girl was sexually assaulted on a bus in Finchley Road, Kingstanding, just before 3pm on 16 March.”

Enquiries are ongoing and anyone with information is asked to contact West Midlands Police.