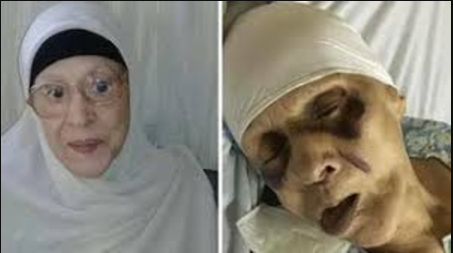 BASED on a report from Al Arabiya, outrage has surged in Alexandria after an Egyptian son beats his mother, Zeinab As-Sayyid Mahfouz until she was bleeding and unconscious, and then went out to dinner with his wife.

The mother’s blood seeped outside the apartment, alarming the neighbours who later broke into the house and rushed her to the hospital, where she died because of her injuries.

The perpetrator was accused of beating his 85-year-old mother to death in order to please his wife who lamented about her mother-in-law. The family members of the dead woman have now commented on the allegations to say the accused son was innocent.

Social media users went online to protest the death and urged lawyers not to support the son. But the daughter of the dead elderly woman has come out to say that her mother actually died of a brain clot, not domestic violence as has been reported in the media.

Rajaa al-Araby, Zeinab’s oldest daughter, told Al-Arabiya.net that her brother is completely innocent and has nothing to do with their mother’s death. Rajaa also noted that her late mother always praised her daughter-in-law for treating her well, adding that the campaign which was launched on social media to demand punishing her brother aimed to harm her family.

According to the daughter, their mother had been living with her son and his wife for years. She was admitted to El-Mabarra Hospital in Port on September 13 and died on September 15. While in hospital, her family members visited her and looked after her until she passed away.

When asked about the bruises on her late mother’s eyes, Rajaa said that when her mother suffered from the clot, she collapsed to the ground and her eyeglasses broke and bruised her eyes. 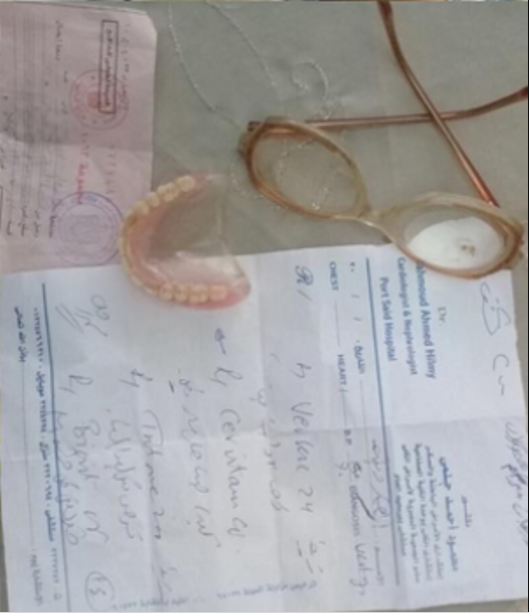