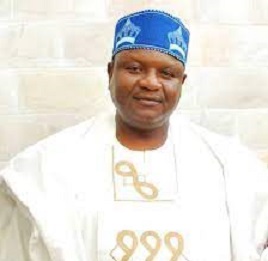 Prince Gboyega Famodun has been re-elected chairman of the Osun State chapter of All Progressives Congress (APC).

Famodun was elected at the state congress organised by the Gbenga Elegbeleye-led committee on Saturday.

Elegbeleye announced that 1840 delegates voted in the Saturday state Congress.

However, the former caretaker Secretary of the party, Rasak Salinsile, emerged as the chairman of The Osun Progressives; a group under the APC in Osun State.

The TOP congress was held at LADSOL area in Ogooluwa also in Osogbo, the state capital.

Governor Gboyega Oyetola, while speaking after the Congress urged the aggrieved members of the party to join hands for the success of the APC in the coming election.

In his acceptance speech, the chairman elect, Famodun thanked Oyetola, the elders forum under the patron of the former Osun State Governor Bisi Akande and all members of the party.

Famodun asked the angry members of the party to “bury the hatchet in order to collectively work for the re-election of Governor Gboyega Oyetola during the next year’s governorship election.”

“Let’s join hands together and perform our usual political feat of installing the continuity of the ruling government. Time is not on our side. Let’s work for the perpetuation of our government in Osun State through all known legitimate means.

“Having narrated all these scenarios, it is however important for me to state that there is no way that one will walk that the head will not shake. What brought about this sermon is that I am craving for forgiveness from those whom I might have knowingly or unknowingly offended during the course of performing my legitimate duties as the state chairman of our party.

“On this note, as an offence against an individual may be symbiotic, reconciliation, I have resolved to give an unconstitutional forgiveness to I am also categorically stating here that in the spirit of genuine any one who might have similarly offended me during the course of our political association.” he said.

Also in his acceptance speech, the factional chairman, Salinsile said with his election as the Chairman of APC in the state, “it is my belief that we have all taken a promising and informed decision to redirect the party affairs and revive the progressive tendencies which have been bastardised by the opportunists.”

He said the current state of the APC in Osun is a reflection of poor management, which he will correct.

“I shall work towards the actualisation of a prosperous APC and take the party to an enviable height. We have made sacrifices for this party and we will not allow it to sink or collapse. We will survive this current crisis, intimidation, threat and oppression by the opportunists.

“We have been strong, but I still want to urge us to be stronger in a few months to come. Our victory is near,” he said.