HomeNEWSTeenager Killed by abusive and obsessive boyfriend after she complained about him...
NEWSOTHERS

LaShonda Childs,17, was shot dead by her ex-boyfriend whom she claimed was obsessive and abusive towards her in a Facebook post two weeks ago.

The teenager, from Dayton, was shot on Shoop Avenue Tuesday afternoon, in Ohio, U.S.  She was immediately driven to Grandview Medical Center where she died on Wednesday morning, just two days to her 18th birthday. 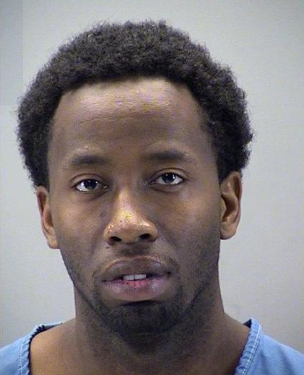 Family members said LaShonda was unable to get away from domestic violence inflicted by her former boyfriend who allegedly hit and bit her in February.

According to LaShonda’s mother, Nina Childs, Goodwin and LaShonda started dating last September. Shortly after, LaShonda realized Goodwin was not 20, as he initially told her, and Goodwin started showing concerning behaviour.

Around January and February, Goodwin bit LaShonda hard enough to draw blood, according to Nina. She said Goodwin would also steal LaShonda’s phones and harass LaShonda and her family.

He was the type of guy who would call you 70 times a day. Nonstop. It was aggravating as well as annoying and scary.

Even after they broke up, Goodwin continued to reach out to LaShonda.

She was really in the process of leaving,said her brother, Jaylon Childs.

LaSonda also spoke about her abusive, obsessive boyfriend in a Facebook post shared on September 21 that reads:

All jokes aside tho, everybody want a crazy nigga until he got you hiding & dodging bullets. If you see the signs don’t ignore it y’all.

Domestic violence is real not just in movies.

This nigga done broke several phones, busted windows out, followed me from my house to wherever, bit me several times, threw me into walls, made me walk places with a gun to my back, put all my stuff in a sewer, held me hostage in a house & didn’t let me leave, sat & waited at abandoned houses & watched me, pulled my whole sew in off leaving bald spots all that, now he done set my hair on fire & shot my house up that ain’t even half the shit he did but I’m telling y’all that ain’t where it’s at If y’all see the signs don’t ignore it i should’ve left that nigga a long time ago now I ain’t even safe in my own house..

LaShonda filed for a protection order, but Nina said it was never served because Goodwin kept avoiding it. Nina also said that her daughter eventually confided in her about how Goodwin treated her.

LaShonda told me, ‘You know mom he made me walk from our house to his house with a gun pointed at my back. I was scared for my life as well as my family’s life.

Nina said Goodwin had posted lots of things on Facebook that he would kill LaShonda for not wanting to date him anymore. Both Nina and her son Jaylon said they hope Goodwin spends the rest of his life in prison with no chance at parole.

Whatever happens to him, I can’t get my sister back. As long as justice is served, there may be some peace.

He also hopes that other women don’t go through the same thing his sister did.

I just want to tell all the young girls, all the females, families, friends, if you see the signs, don’t ignore them. Do what you got to do. Use the resources. There’s too many out here not to.