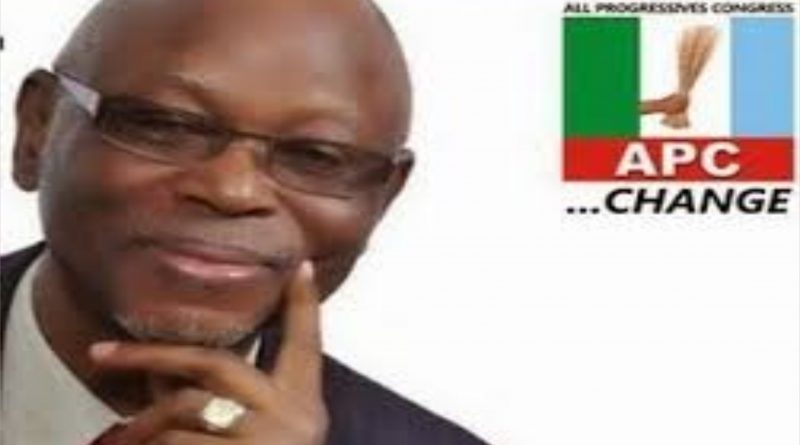 The national executive committee of the All Progressive Congress (APC) will decide on the tenure elongation of John Oyegun as chairman of the ruling party today. TheCable

The APC chairman’s tenure, which is to expire June 30, was in February extended by one year.

At the end of the party’ national caucus meeting with President Muhammadu Buhari at the state house on Monday, Yakubu Dogara, speaker of the house of representatives, spoke on the issue.

“It is not a question of my being worried because I am just one perhaps of millions of APC members,” Dogara said.

“Like I said, certainly it’s going to be an agenda for the consideration of NEC, whatever NEC decides, that will be binding on all of us as faithful members of the party.”

Some members of the APC had dragged the national chairman to court over what they described as “illegal tenure elongation”.

Others alleged that Odigie-Oyegun had been running the accounts of the party without recourse to majority of national officers of the party.

Meanwhile, Oyegun has said any talk of his removal from office is now history.

He dismissed insinuations that members of the national caucus deliberated on a court case instituted against him by some aggrieved members of the party.

“No, the meeting concluded the agenda we started the last time we met which we did not complete,” he said.

The APC caucus meeting was attended by Vice-President Yemi Osinbajo, former APC governors, members of the national assembly, ministers, among others.

Bola Tinubu, former Lagos state governor, and Bisi Akande, former interim leader of the party, were absent at the meeting.